Today is my stop on the blog tour for Asa by Jay Crownover. I am so honored to take a part and so excited to share my review with you.

Jay Crownover’s New York Times and USA Today bestsellingMarked Men series continues with the much anticipated story of southern charmer and certified criminal Asa Cross.Starting over in Denver with a whole new circle of friends and family, Asa Cross struggles with being the man he knows everyone wants him to be and the man he knows he really is. A leopard doesn’t it change its spots and Asa has always been a predator. He doesn’t want to hurt those who love and rely on him, especially one luscious arresting cop who suddenly seems to be interested in him for far more than his penchant for breaking the law. But letting go of old habits is hard, and it’s easy to hit bottom when it’s the place you know best.Royal Hastings is quickly learning what the bottom looks like after a tragic situation at work threatens not only her career but her partner’s life. As a woman who has only ever had a few real friends she’s trying to muddle through her confusion and devastation all alone. Except she can’t stop thinking about the sexy southern bartender she locked up. Crushing on Asa is the last thing she needs but his allure is too strong to resist. His long criminal record can only hurt her already shaky career and chasing after a guy who has no respect for the law or himself can only end in heartbreak.A longtime criminal and a cop together just seems so wrong . . . but for Asa and Royal, being wrong together is the only right choice to make. 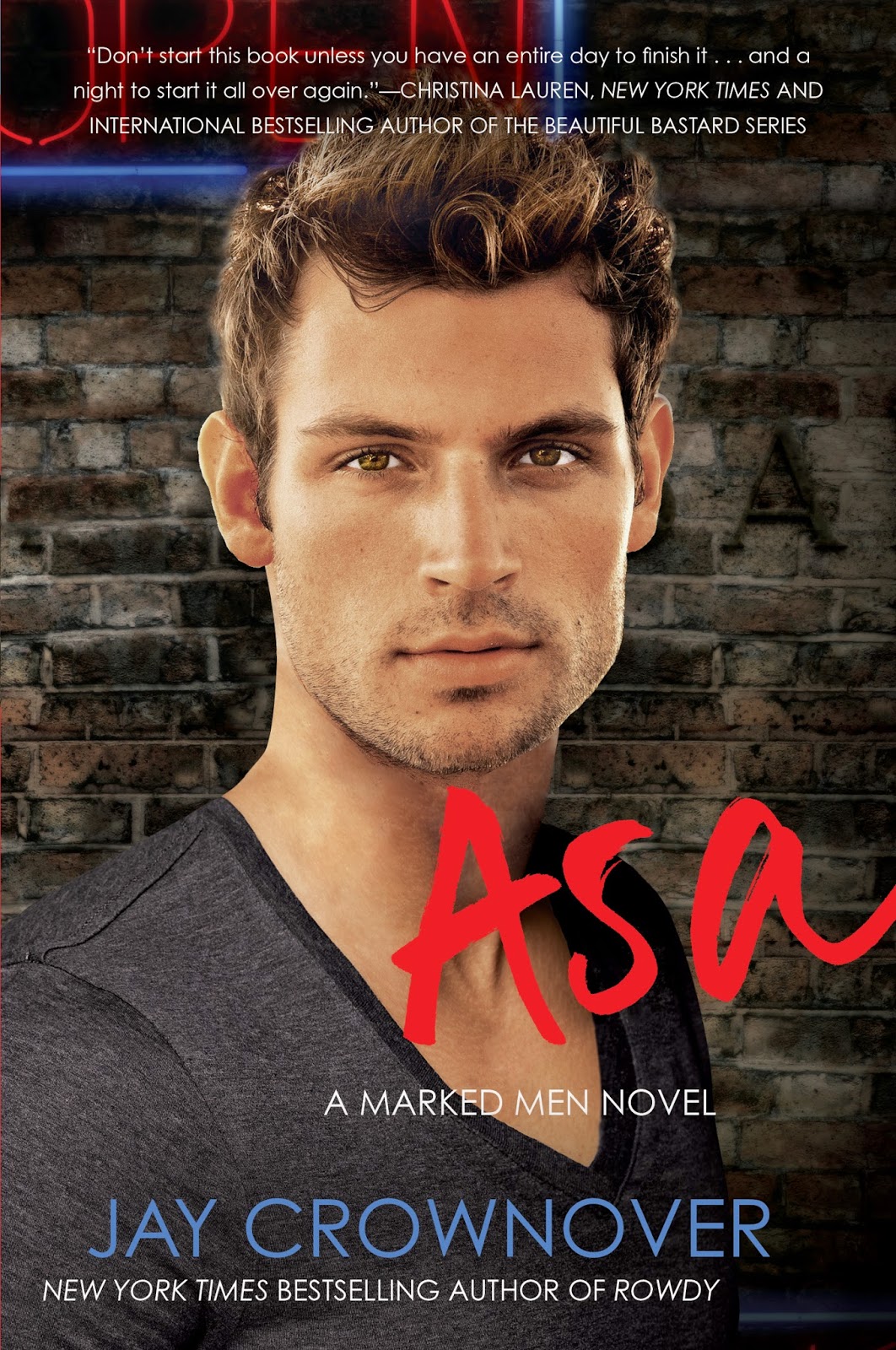 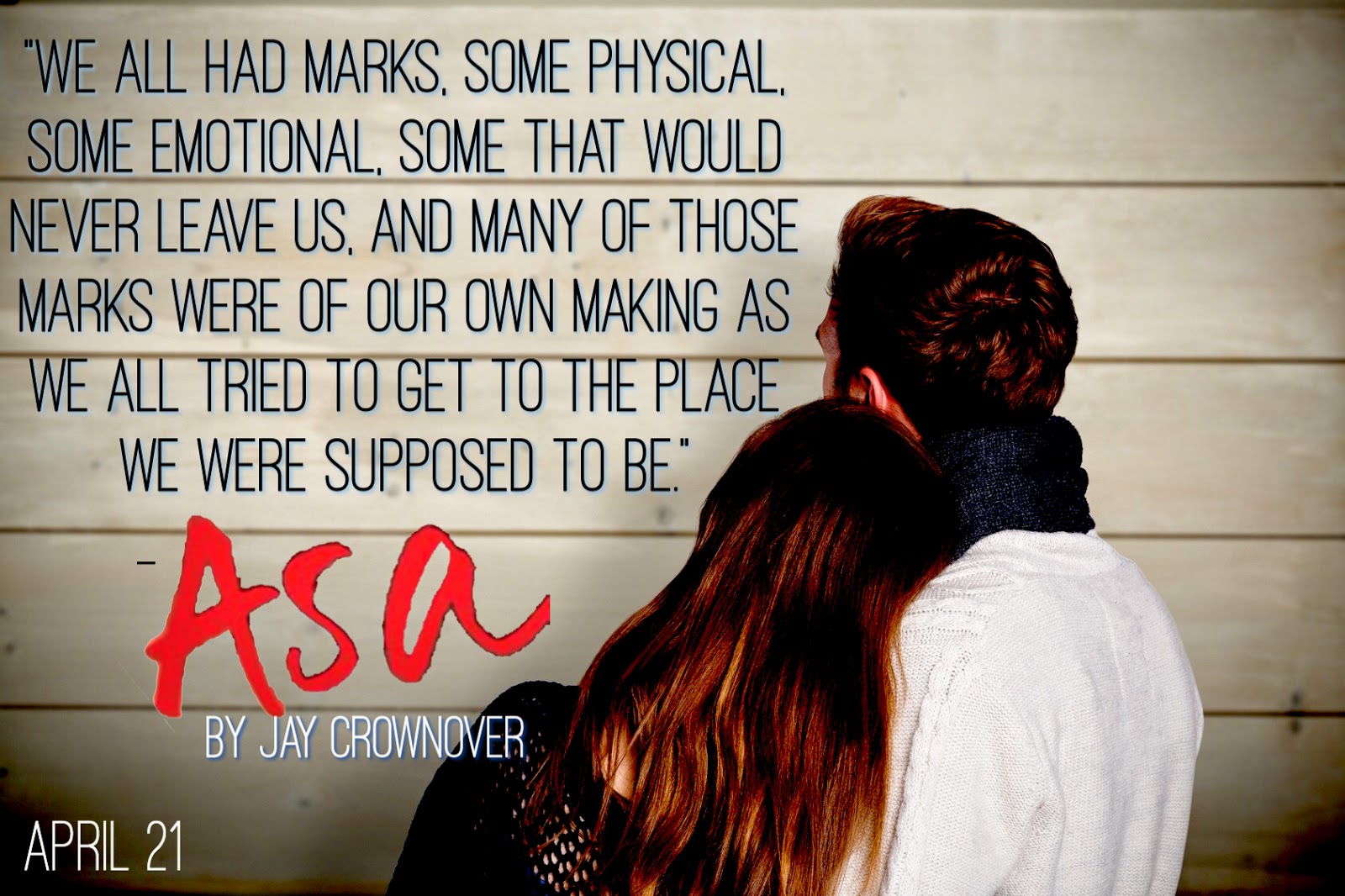 Jay Crownover is a masterful new adult writer and she has created a beloved series that follows a bunch of tattoo artists in Denver and the women who's hearts they steal. Asa is the final Marked Men book in the series and I am sad to say goodbye. If anyone could close it out with a bang though, it would be Royal and Asa.

Asa is a former con-artist who is somewhat reformed. Asa knows who he is and he doesn't bullshit. He's done some pretty shady things and mixed himself up in a lot of bad shit. Shit that almost got him killed. His near death experience has somewhat reformed him and he wants to prove to his sister, Ayden, that he can do right. Asa knows he owes that much to her.

Royal is a beautiful girl with a past that she has overcome. She could have gone a lot of directions but she kept it straight and now she's a police officer; and a damn good one at that. After a shootout that left one officer dead and her best friend and partner, Dominic, in the hospital, Royal is struggling. She blames herself and she's headed down a path that could cause her to lose it all.

Asa and Royal run in the same circle so they know each other but she's a cop and he's a con so both of them see no future there. However, there is definitely an attraction and Royal starts throwing herself at Asa to numb some of her pain. Normally Asa would be all about that but he likes Royal and he doesn't want to be any part of her self destruction. However, he only has so much control.

I loved the way Asa and Royal come together. They are two opposites who definitely attract. More important though, is that they are two opposites who fall in love. Asa helps Royal find herself again and realize that she is worth everything. Royal shows Asa that your past doesn't define you and that he can rise above his. There are a lot of obstacles in their path but they both fight them like champs.
Falling in love isn't easy; it's damn hard. Dropping your defenses to let somebody in is near impossible. When Asa and Royal finally make it through all that, they prove that it's all worth it.

Once again, Jay is a master of new adult. She brings in unique characters and a great storyline to tie it all together. Of course there's sex but the sex doesn't overshadow the true theme of this story; overcoming life's obstacles. I can't wait to see what Jay does next! 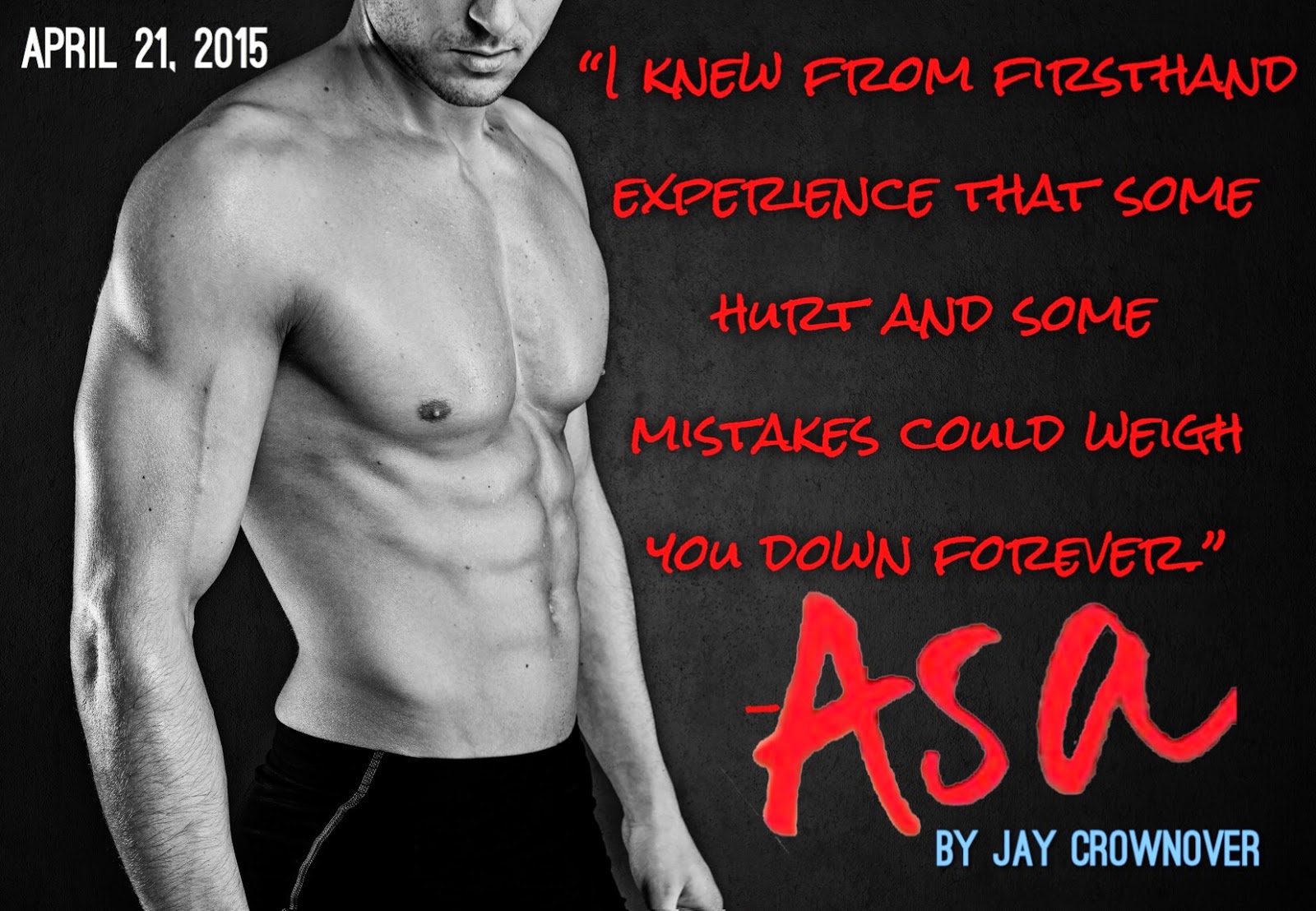 Jay Crownover is the New York Times and USA Today bestselling author of the Marked Men series. She will also be introducing the dark and sexy world of The Point in a new series this summer starting with Better When He’s Bad. Like her characters, she is a big fan of tattoos. She loves music and wishes she could be a rock star, but since she has no aptitude for singing or instrument playing, she'll settle for writing stories with interesting characters that make the reader feel something. She lives in Colorado with her three dogs.

And don’t miss the previous books in The Marked Men Series!