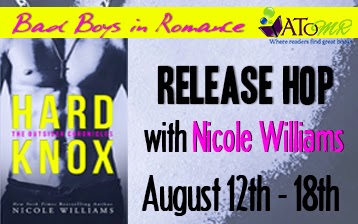 Happy Release to HARD KNOX by NYT Bestselling Author Nicole Williams! This is the first book in a new standalone series. Fans of Nicole’s Crash Series will be interested in this new series.
You can find HARD KNOX on Amazon | Barnes and Noble

Since this is a "Bad Boys" hop and we're celebrating Nicole's release, I'm giving away an eCopy of my favorite Nicole William's bad boy... Garth! Check out the raffle-copter below for your chance to win a copy of Finders Keepers. If you already own it and you win, you can pick another book featuring a bad boy that you want to meet.

Don’t forget to stop by the other Release Hop stops and enter their giveaways too!! 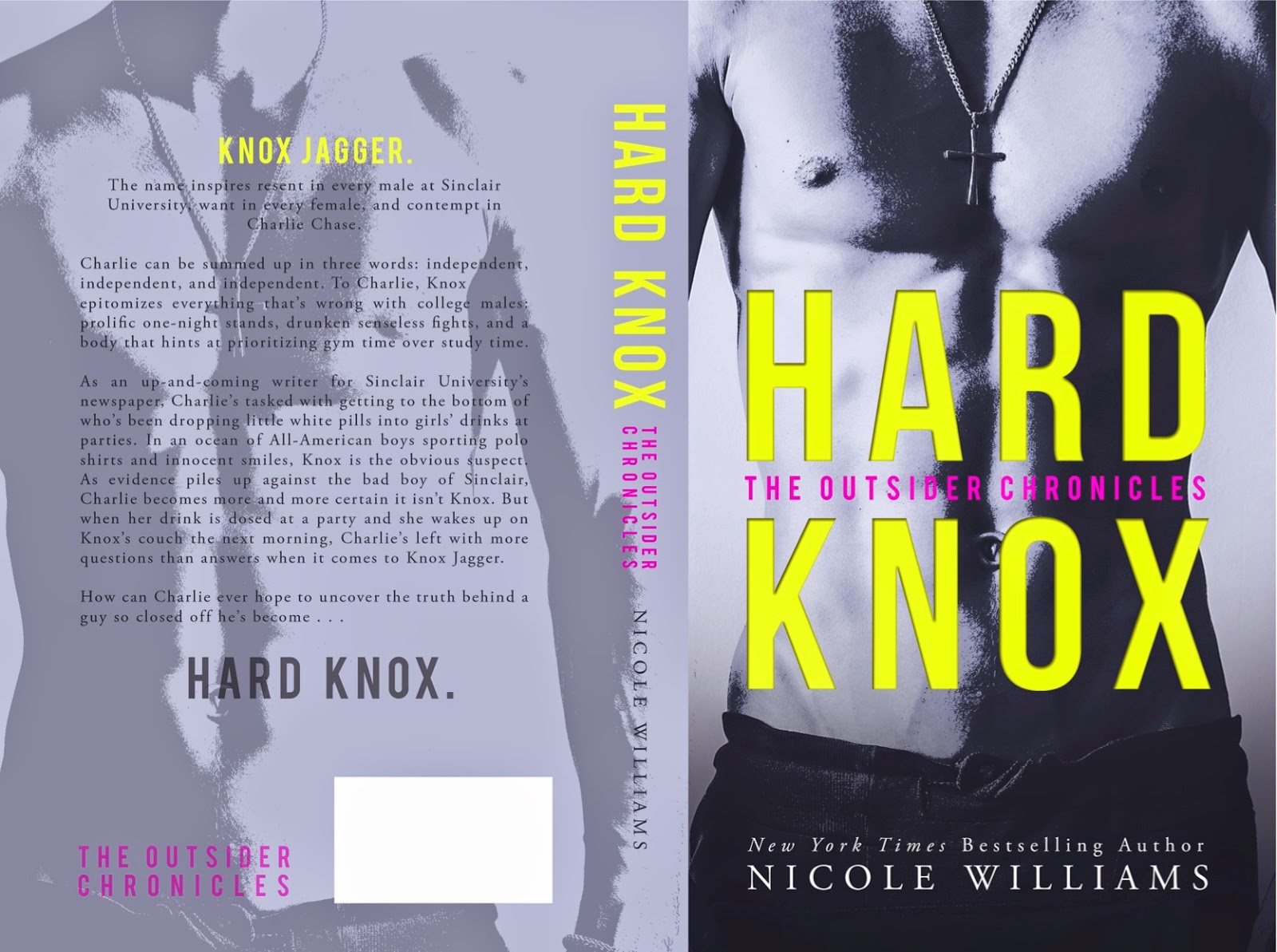 The Outsider Chronicles, #1
New Adult/Adult Contemporary
Knox Jagger. The name inspires resent in every male at Sinclair University, want in every female, and contempt in Charlie Chase.
Charlie can be summed up in three words: independent, independent, and independent. To Charlie, Knox epitomizes everything that’s wrong with college males: prolific one-night stands, drunken senseless fights, and a body that hints at prioritizing gym time over study time.
As an up-and-coming writer for Sinclair University’s newspaper, Charlie’s tasked with getting to the bottom of who’s been dropping little white pills into girls’ drinks at parties. In an ocean of All-American boys sporting polo shirts and innocent smiles, Knox is the obvious suspect. As evidence piles up against the bad boy of Sinclair, Charlie becomes more and more certain it isn’t Knox. But when her drink is dosed at a party and she wakes up on Knox’s couch the next morning, Charlie’s left with more questions than answers when it comes to Knox Jagger.
How can Charlie ever hope to uncover the truth behind a guy so closed off he’s become . . .