Oh My Gosh guys, I am so excited to be a part of the Indie-Credible Authors tour. I have the immense pleasure of hosting Cindy M. Hogan on the blog today. We have so much fun stuff going on here and I can't wait to share it all with you.

Here's what you can look forward too:
Interview with Cindy
Meet the Cast
My iPOD Playlist
Giveaway

Before I started blogging, I discovered Watched on Amazon and I was instantly intrigued. From the moment I started, I was hooked and I read all 3 books within a few days. 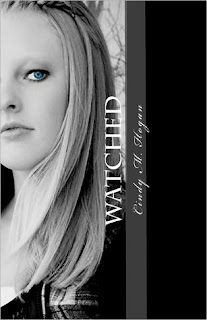 It takes more than a school trip to  to change fifteen-year-old Christy's life. It takes murder.

A witness to the brutal slaying of a Senator's aide, Christy finds herself watched not only by the killers and the FBI, but also by two hot boys.

She discovers that if she can't help the FBI, who want to protect her, it will cost her and her new friends their lives. 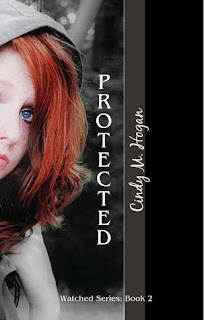 She has the guy. The terrorists have been taken care of. She has a shot at becoming popular.
Life is great!
Until they find her.
Now she must run and leave behind everything she knows, including herself.

The third and final book in the Watched series.

A spy school.
A choice.
A destiny discovered.

I had the opportunity to talk to Cindy and get to know her a bit and discuss the Watched Series, as well as any other projects she might be working on. Check out the interview below.

Tell me a little about yourself. What inspires you to write?
I am a multi-tasker. I have to be doing several things at once to feel happy. I love work. Seriously. My idea of fun is getting a project in the yard or in the house done. Unfortunately, my family sees that as work. Truth be told, sitting at the beach (what my family loves to do) is hard work for me. I need to be busy, I guess.
There are so many things that inspire me. I love to people watch and I get most of my ideas from doing that. My husband gives me ideas all the time-he’s an idea factory. I love to take walks and when I walk in the morning, I get all kinds of ideas for the books I’m writing.

The Watched Series is such a unique and thrilling YA series. Where did you get the idea for it?
It may be cliché, but it’s my cliché-I had a dream. It’s true. The scene I dreamt is actually near the end of Protected. After I’d had the dream, I thought, that would make the coolest movie. I need to tell someone. But, I didn’t know who to tell, so I wrote the dream down and couldn’t stop. The story just kept coming.

I have to say that Protected was my favorite of the three. It really showed Christy’s strengths and reinforced her character. Which one was your favorite to write? Why?

I think Watched was my favorite to write because I was discovering who Christy and her friends were. However, it was the hardest to write since I had no clue what I was doing. It was fun to finally write the scene that started it all in Protected.  And I liked watching Christy come into her own in Created.

While the final book had a satisfying conclusion and wrapped up the story well, I felt like it was also left open for the possibility of more books in the series. Do you have any plans to add to it? Maybe do a spinoff series?

Funny that you ask. The first spin-off novel comes out in October-next month. It’s called Adrenaline Rush. Yay!  I couldn’t let Christy and all the fun characters go so easily. I feel like the Watched trilogy is Christy’s backstory. Now that she has become who was supposed to be, there are endless books on the horizon for Christy and her friends.
On top of releasing Adrenaline Rush, I’m releasing a stand-alone novel, Gravediggers at the same time.

If you could pick one song as the “Theme” song for the Watched series, what would it be?

That’s hard, but Keep Holding On by Avril Lavigne comes to mind. It’s all about standing firm.

Let’s switch gears a little. You just started releasing the series Confession of a 16 year old Virgin Lips. This is definitely a very different type of series than Watched. Where did your inspiration come for these books?

You’ll never believe it, but the ideas came from my daughter’s experiences. While it is fiction, it is based on real events. Teens are unpredictable-and that makes for a plethora of story ideas.

Tell me a little about this new series and what you have planned for it.

I was planning on one season-6 episodes- for this serial that included all three years of Brooklyn Hamlin’s high school life-but my editor had different ideas. She convinced me that I had enough going on to create a serial for each year of her life.  So, Confessions of a 16-Year-Old Virgin Lips will be six episodes and cover her first year of high school. I will have 2 more serial seasons. One will cover her junior year and one her senior year.

I know writers always have a million things in the works. Do you have any other projects in the works that you’re really excited about?

First off, my priority is the launch of Adrenaline Rush and Gravediggers on Oct. 26th at The King’s English Bookshop. I have a lot of stuff going on on top of that.
I’m about 1/3 of the way into a Christy Novel set in , and have another Christy novel mapped out set in that I will write for Nano. I also have two other stand-alone mystery/suspense novels in the works. I want to publish at least 2 books a year-one Christy novel and one stand alone. And, I guess I’ll be sprinkling Brooklyn Hamlin’s kissing experiences in there, too.

Now for a little “get to know you” fun!

Coffee or Tea? Neither. Hot chocolate-thick and creamy. Yum.
Favorite book? Divergent by Veronica Roth. Love. Love. Love.
Sweet or Sour? Sweet. Pastries are the very best.
Favorite hobby outside of reading and writing? Planning and having parties.
Top 5 places you’d like to travel-I’m excited to get back to , Austira and , but I’d love to see and .
Favorite season? Spring. Flowers and green grass-is there anything better?
Favorite holiday? Halloween, by far. I’d dress up every day if it wouldn’t make someone commit me.
Favorite movie? Ever After. Go Danielle.
Favorite Fictional Character? Sydney Bristow
If you were on a deserted island and could have only one possession, what would it be?  Probably a knife because I hate not being able to open things and I’m sure I’d need something sharp to do just that on the island. Yeah, I’m practical that way.
____________________________

Cindy and I wanted to introduce you to Christy, the main heroine in the Watched Series, along with Alex and Rick who play pivotal roles to Christy.

Christy is youn gand very naive in the beginning. She grew up in and doesn't have a lot of life experience. After her trip to DC takes a dangerous turn, she is forced to grow up quickly. She is smart and will do anything to protect the people she cares about. She learns a lot about herself in a short time and ends up growing exponentially by the end.

Rick is an all around good guy who is instantly drawn to Christy. He cares a lot about her and always has her best interest in mind. He is careful with her and puts his heart on the line every time. Rick is really strong and such a multi-dimensional character. He is kind and understanding but can also be tough when necessary.

Alex is the resident bad boy and what book would be complete without one. Thankfully we have him to fulfill the role. Alex is definitely into Christy for her innocence at first but realizes how strong she actually is and finds himself falling for her.  He would definitely put himself out there for her so he isn't completely selfish but his self-absorption definitely gets the best of him.

I am a huge music fan and listen to my iPod while I read. I love to do iPod picks for my reviews and while I was reading this series, there were definitely a few songs that stuck in my mind so I thought I would share my iPod playlist for the Watched Series with you.

To listen to the playlist on Spotify, click on this link: Watched Series

I love a good scare, and I'm not talking about a gory, bloody scare, I'm talking about suspense.There's nothing better than reading a book or watching a movie that makes your heart race. Add in a little romance and I'm hooked. I only like true romance-no smut.


Also, check out these other books by Cindy and click on the book covers to go to Amazon.

I hope you enjoyed meeting Cindy and you all check out Watched, it's FREE. You'll be hooked! Finally, check out the giveaways below to win an eBook copy of Protected & Created, as well as the grand prize giveaway for the tour.

a Rafflecopter giveaway
Posted by Unknown at 12:25 AM