Today is my stop on the blog tour for Deeper by Robin York, hosted by Inkslinger PR. Check out my review and the excerpt below and enter the giveaway!

~Synopsis~
When Caroline Piasecki’s ex-boyfriend posts their sex pictures on the Internet, it destroys her reputation as a nice college girl. Suddenly her once-promising future doesn’t look so bright. Caroline tries to make the pictures disappear, hoping time will bury her shame. Then a guy she barely knows rises to her defense and punches her ex to the ground.

West Leavitt is the last person Caroline needs in her life. Everyone knows he’s shady. Still, Caroline is drawn to his confidence and swagger—even after promising her dad she’ll keep her distance. On late, sleepless nights, Caroline starts wandering into the bakery where West works.

They hang out, they talk, they listen. Though Caroline and West tell each other they’re “just friends,” their feelings intensify until it becomes impossible to pretend. The more complicated her relationship with West gets, the harder Caroline has to struggle to discover what she wants for herself—and the easier it becomes to find the courage she needs to fight back against the people who would judge her.

When all seems lost, sometimes the only place to go is deeper. 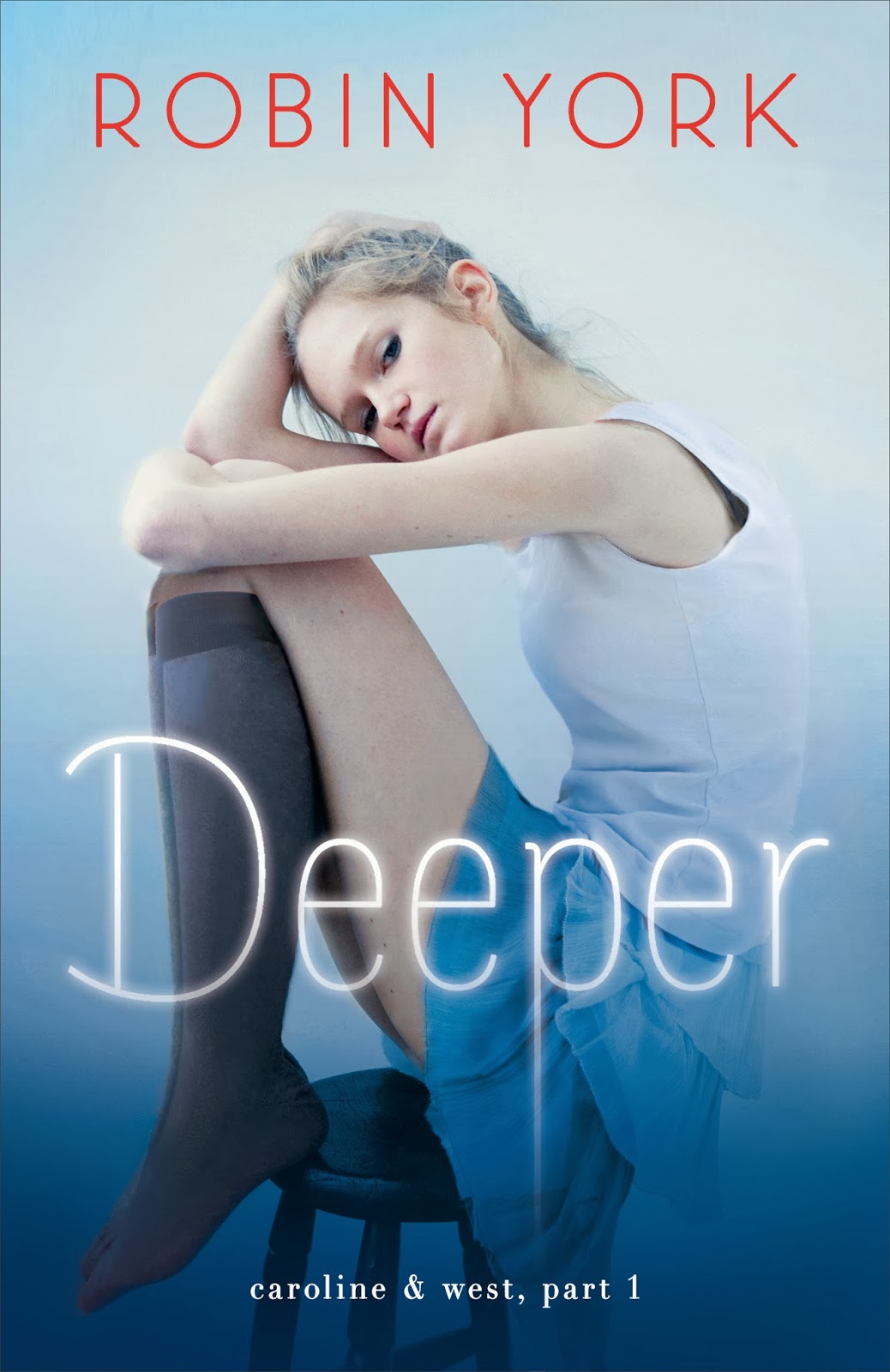 From the beginning, my heart went out to Caroline. I couldn’t even imagine how it would feel to have your most intimate moments with someone spread all over the internet for everyone to look at. Her ex is a grade A asshole who deserves to have his man bits cut off. Caroline is a nice girl with high ambitions and one mistake ruins her whole life. The scariest part is that this is something that could so easily happen to any girl or woman in real life and this book really emphasizes the effects something like this would have on a woman.

West is completely different from Caroline and they come from opposite backgrounds but he is ten times the man her ex, Nate, is. He would never do anything to hurt her and I liked the way he defended her honor against Nate. He’s had a troubled life but I love the way he wants to make things better. He, too, has high ambitions and I like that he wants to do it all for his little sister, Frankie. He wants her to have the life that he didn’t and he is working really hard to make that a possibility. As much has he wants Caroline, he isn’t sure he can have both and his sister is what’s most important.

I have to admit that I wasn’t a big fan of their “un-friendship” at first. I understood why Caroline was hesitant about getting involved with West considering her reputation and his. She’s trying to keep a low profile and West isn’t exactly the most upstanding guy on campus. However, I think it’s really hard to build a relationship on secrets and lies. Sneaking kisses and secret rendezvous on a schedule is no way to be with someone. However, as time went on, I could see that they both really fell for each other and I felt like West really opened Caroline up. He gave her confidence and assurance and he made her a stronger woman. On the flip side, I think Caroline really changed West. He never felt good enough or worth much but knowing that Caroline loved him changed that. It’s a dysfunctional relationship but I think they are perfect for each other.

I was happy to see that Caroline finally stood up for herself and gave Nate a piece of her mind. He’s a insecure coward and I loved that Caroline brought him to his knees. This was further proof of her growth as a character. Just as much as Caroline grew, so did West and there’s nothing I like more than great character development. I also really enjoyed the way this book was written and the way the author did the dual POV. It was a bit different and it really flowed well. While the ending isn’t a cliffhanger, it definitely left me wanting and needing more Caroline and West. I’ll be looking forward to Harder.

In this scene, Caroline has gone to the library on campus to confront West, because she’s just found out that he punched her ex-boyfriend, probably because her ex was saying nasty things about her. Prior to this moment, West and Caroline have barely ever spoken to each other. He lived across the hall from her the year before, and they’ve spent a lot of time staring at each other, but—for reasons I won’t go into here—that’s the extent of it.

When Caroline finally lets herself get close enough to West to actually talk to him, he’s wearing earbuds, and she has to reach out and tap him to get his attention. Except she doesn’t tap him.
She touches him. And her hand lingers.

“I was trying to get your attention.”

“People tap when they’re trying to get someone’s attention. That wasn’t a tap.”

I’ve got nothing. I groped him, and we both know it. The only thing I can do now is lie. “It was an accident.”

I hate when he does this. Looms over me this way with those eyes and that face. Looks at me. It is my new least-favorite thing: being looked at by West. Like he’s trying to sex me to death.

“Honey,” he says finally, “that was one hell of a long accident.”

“I think your ears are too small.”

I nearly groan after I say it. Stupid blurting mouth. But I had to say something, because honey is degrading to women, totally inappropriate, utterly unexpected. And I do kind of like it.

West exhales a laugh through his nose, smiling. “You have a gap between your

“It’s useful. I can spit through it.”

He doesn’t like that. His mouth doesn’t, and his eyes don’t. “It’s not what it seemed like you wanted to tell me a minute ago.”

“I don’t care what it seemed like.” If he keeps leaning closer, I’m going to pinch He leans closer. I pinch him. Okay, I try. But my hand gets near his arm, and lust sucks me in, and then I’m just
kind of groping his sleeve. His biceps is as hard as it looks. I take my hand away before it can declare its allegiance to the enemy.

“Looked to me like you wanted me to kiss you,” West says.

Robin York grew up at a college, went to college, signed on for some more college, and then married a university professor. She still isn’t sure why it didn’t occur to her to write New Adult sooner. Writing as Ruthie Knox, she is a USA TODAY bestselling author of contemporary romance, including RITA-finalistsAbout Last Night and Room at the Inn. She moonlights as a mother, makes killer salted caramels, and sorts out thorny plot problems while running, hiking, or riding her bike.