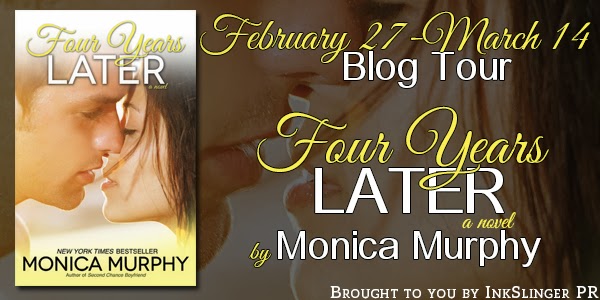 Today is my stop on the blog tour for Four Years Later by Monica Murphy, hosted by Inkslinger PR. I am in love with this series and Four Years Later did not disappoint. Check out my review and enter the giveaway.

~Synopsis~
Over. That about sums up everything in my life. Suspended from my college football team and forced to cut back my hours at The District bar because of my crappy grades, I can’t keep turning to my sister, Fable, and her pro-football playing husband, Drew, to bail me out. I just can’t seem to find my own way. Weed and sex are irresistible temptations—and it’s messed up that I secretly hand over money to our junkie mom. A tutor is the last thing I want right now—until I get a look at her.

Chelsea is not my type at all. She’s smart and totally shy. I’m pretty sure she’s even a virgin. But when she gives me the once over with those piercing blue eyes, I’m really over. But in a different way. I won’t deny her ass is killer, but it’s her brain and the way she seems to crave love—like no one’s ever given her any—that make me want her more than any girl I’ve ever met. But what would someone as seemingly together as her ever see in a screwed up guy like me? 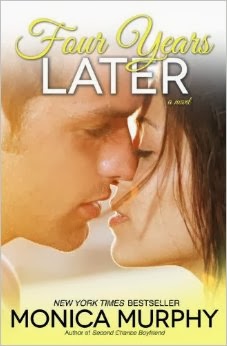 I have been looking forward to this book since I read One Week Girlfriend several months ago. I am absolutely, unequivocally in love with this series and Owen and Chelsea give Drew and Fable a run for their money in terms of favorite couple. Owen and Chelsea are so different from one another but they bring out the best in each other. This is what makes them so perfect together.

Chelsea is quiet, shy and a bit awkward. She’s a prodigy and a college junior at the age of 19. Between school, working at a diner and tutoring, she doesn’t have a lot of time for fun. While her roommate and best friend, Kari, tries to get her out of her comfort zone, Chelsea isn’t having it. In fact, she’s a bit uptight. Owen is having a little too much fun. Instead of going to class and studying, he’s drinking, partying, smoking weed and enjoying the ladies. However, if he keeps doing what he’s doing, he’s bound to fail his classes and be kicked off the football team. When Chelsea becomes Owen’s tutor, they both get more than they bargained for. However, Owen’s keeping a few secrets and Chelsea has some of her own. Will they trust each other enough to fully open up or will the secrets ruin everything before it really starts?

I loved the chemistry between these two. Chelsea doesn’t trust men and has never really been attracted to a guy before; until Owen walks in. She is instantly taken with him and she is definitely surprised by this. I really liked her inner turmoil as she tried to deny the blossoming feelings that she developed for Owen. Considering everything she’s dealt with concerning her mom and dad, it’s understandable that she would be skeptical about love so falling for Owen is the last thing she ever thought would happen. Owen doesn’t really believe in love and he’s never given any woman a second thought beyond getting them into his bed; until he meets Chelsea. She gets under his skin instantly and I think he was more than surprised by that. The moment he met her, no other girl would do. When they are together, they have this amazing connection and Owen opens Chelsea up to so much she was missing in life. He shows her pleasure and feelings she never knew existed. In turn, she helps Owen see that he is worth something and that he is capable of loving someone and more importantly, being loved by someone.

Watching Owen and Chelsea fall in love was so fantastic because they truly complimented each other. Owen brought out the fun and spontaneous side of Chelsea and she made Owen want to be a better man. He has really struggled with his desire to please his mom and despite the way she treats him, Owen can’t help but continue to secretly help her and crave her love. His mom is truly a terrible person and I felt so bad for Owen that he had to deal with her. I think discovering love and true happiness with Chelsea showed Owen that he didn’t need his mom’s love and that she didn’t deserve his. I felt like Chelsea had to be the adult when it came to her mom and she was always holding her together and supporting her when her mom should have been the one being strong for Chelsea. I think this is why being with Owen excites her so much. She gets to be young and have someone else take care of her for a change. Together, these two are just so right and they really steam up the pages as well.

When I finished Four Years Later, I wanted more Owen and Chelsea. That is what Monica does with her writing. She does such amazing job of making you fall in love with the characters that you just don’t want to say goodbye. The plot flowed so smoothly that I was engrossed from the beginning to the end. I’m gonna need an “Owen and Chelsea Forever” book. 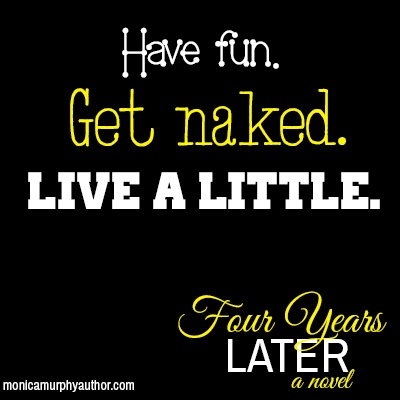 New York Times and USA Today bestselling author Monica Murphy is a native Californian who lives in the foothills below Yosemite. A wife and mother of three, she writes New Adult and contemporary romance for Bantam and Avon. She is the author of One Week Girlfriend and Second Chance Boyfriend.
Website: http://www.monicamurphyauthor.com/#
Blog: http://missmonicamurphy.blogspot.com/
Twitter: https://twitter.com/MsMonicaMurphy
Facebook: http://www.facebook.com/MonicaMurphyauthor
Author Goodreads: http://www.goodreads.com/author/show/5934418.Monica_Murphy
Amazon author page: http://www.amazon.com/Monica-Murphy/e/B00AVPYIGG