Cover Reveal: Becoming a Legend by B. Kristin McMichael 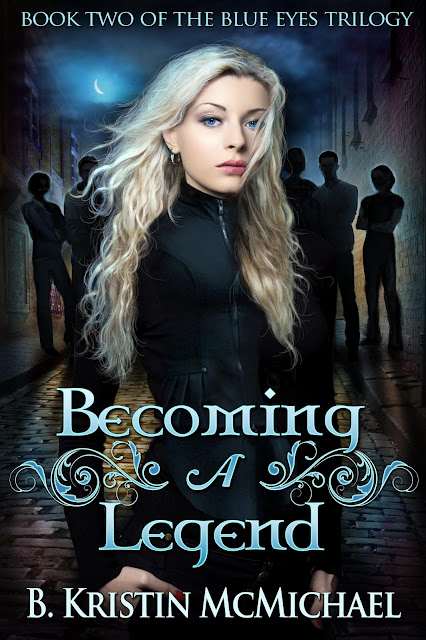 Arianna Grace is about to turn seventeen and her life has been very complicated lately. She is the leader of four clans of night humans: dearg-dul, baku, tengu, and lycan. While the four clans seem to get along better with each other, there is internal conflict on both sides of her family, not to mention the three boys vying for her attention.

Edward Lucan is making a chase for the power to lead the baku clans and is playing his cards by using his nephew Andrew to lure Arianna into a trap. Unfortunately for Lucan, Andrew has his own plans. He has spent the last year waiting for Arianna to see him as more than a friend, and he now finds it necessary to make a move for her affection, despite his uncle.


In the dearg-dul estate, Arianna discovers that the ambitious Lord Seeger has been laying his own strategies for power and is slowly poisoning her. After getting away with her grandfather's murder, he is setting his sights on her. Luckily for Arianna, her team is on to all of the plans and is making some plans of their own. Will it be enough to keep Arianna safe? Several people close to Arianna have been keeping secrets. If Arianna is to take power and control of the night, she will need to know the truth. Will someone finally tell her what it truly means to become the legend everyone is waiting for, before it is too late to turn back?

AUTHOR BIO
Originally from Wisconsin, B. Kristin currently resides in Ohio with her husband, two small children, and three cats. When not doing the mom thing of chasing kids, baking cookies, and playing outside, she is using her PhD in Biology working as a scientist. In her free time she is hard at work on multiple novels; as each day passes, she has more ideas for both current and future novels.