Abby Abernathy is a good girl. She doesn’t drink or swear, and she has the appropriate number of cardigans in her wardrobe. Abby believes she has enough distance from the darkness of her past, but when she arrives at college with her best friend, her path to a new beginning is quickly challenged by Eastern University’s Walking One-Night Stand.Travis Maddox, lean, cut, and covered in tattoos, is exactly what Abby wants—and needs—to avoid. He spends his nights winning money in a floating fight ring, and his days as the ultimate college campus charmer. Intrigued by Abby’s resistance to his appeal, Travis tricks her into his daily life with a simple bet. If he loses, he must remain abstinent for a month. If Abby loses, she must live in Travis’s apartment for the same amount of time. Either way, Travis has no idea that he has met his match.
*************************

Travis is a man whore and the exact type of guy that Abby does not need in her life. She does everything she can to repel Travis but ends up in a convoluted friendship with him  where the lines are blurry and feelings are undeniable. They end up in this explosive and tumultuous friendship/relationship.

I have never been this conflicted on my feelings for a book. I really liked this book and I was so enthralled and could not put it down but I had some issues with the characters. First of all, I had real problems with Abby. I didn't like the way she strung Travis along and I felt like she acted all innocent but knew exactly what she was doing. I never got the goody girl impression from her like the synopsis leads you to believe. She grew on my a little at the end but for most of the book, I was not a fan of her. I liked Travis but I didn't like that he was so possessive and temperamental. The way he acted every time he got mad or drunk really annoyed me. I liked that he was so protective of Abby and he really cared for her but the nickname kind of annoyed me and I hated the temper tantrums that he threw all the time and the excuses he always made.

I did think that the book was well written and I liked the idea around the plot and how it was written out. I was definitely engrossed in the story and eager to see how their relationship would play out and how it would end. Usually the characters are what make the book for me but in this case, it was the story line and plot that kept me hooked. She definitely did a good job of pulling out my emotions and feelings for the characters even if I was hating on them at the time. Overall, I think it was a decent book and well thought out and written. 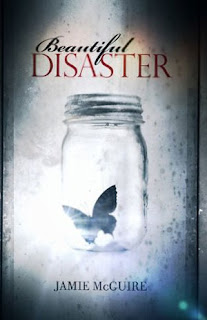 IPOD Picks:
"Let Me Down" by Kelly Clarkson
"Arms" by Christina Perri
"Love Somebody" Maroon Five
"We Belong Together" by Gavin Degraw