Today, I have the blog tour for Adrenaline Rush by Cindy M. Hogan, hosted by Xpresso Book Tours, on the blog.

~Synopsis~
A madman with a mission is kidnapping groups of thrill-seeking high school seniors across the country, and it’s up to Christy to stop him.

To do so, she must take on a fearless alter ego and infiltrate a group of adrenaline junkies bent on pushing life to the limit. Death-defying stunts are only the beginning: two groups fit the profile, and Christy must discover the real target before it’s too late.

If she chooses the wrong group, more people will disappear. But choosing right puts her as the prime target—with no guarantee that she’ll get out alive. 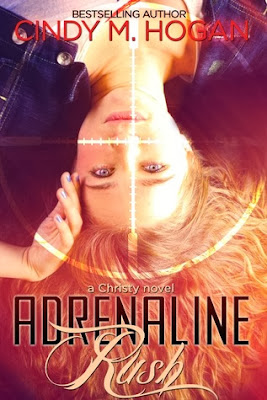 I really loved The Watched Series so I was super excited to find out Cindy was writing a spin-off with new adventures for Christy. I love Christy and think she is such a kick-ass character. She goes on some intense missions and she handles herself super well. I like how strong she is and how brave she is for an eighteen year old spy.

Christy is coming off her first real mission as a spy and she’s headed straight into another one. Teenagers are being kidnapped from high schools and the FBI has narrowed down the next kidnapping to a high school in Oregon. Christy’s headed there to go undercover and try and get kidnapped to catch the person doing this. Christy is determined to find the other kids who’ve gone missing and stop this madman before it’s too late.

Christy is exceptional at what she does and she has no problem getting an in with the group of kids that are expected to be kidnapped. For some reason, the kidnapper likes kids who have a thing for Adrenaline and there just happens to be two groups of kids and Christy must juggle time with both groups to solve the case. I did find it a little unrealistic how quickly she was brought into both groups, especially since both groups are hostile towards one an another. She also develops a quick crush on Dakota and it kind of screamed insta-love. Even with her fast connection and feelings for Dakota, there’s something between her and Jeremy, her handler, and I found that relationship more plausible. She has known him a long time and he has always been there to save and protect her. I adore Jeremy and I would love to see more blossom between those two. What I really want to know is how Christy gets all these men to fall for her?

While I found the plot to be intriguing, especially in the beginning, it became a little far-fetched for me. It was a little more out there than the previous books and a little bit more predictable. However, it was still interesting and action-packed. There was mystery around every corner and I still found myself turning the pages to know what was going to happen next. I don’t want to say much more so as not to give away the plot but I will say that while I thought it fell a little flat compared to The Watched series, I still found myself enjoying the book overall. 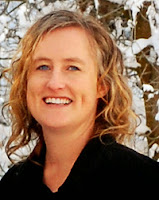 Cindy M. Hogan graduated with a secondary education teaching degree and enjoys spending time with unpredictable teenagers. More than anything she loves the time she has with her own teenage daughters and wishes she could freeze them at this fun age. If she's not reading or writing, you'll find her snuggled up with the love of her life watching a great movie or planning their next party. She loves to bake, garden and be outdoors doing a myriad of activities.