Today, I have the tour for Last Hit by Jessica Clare & Jen Frederick, hosted by TRSOR Promotions, on the blog. I was super excited to read this book and I am even more excited to share my review with you today!

I have been a contract killer since I was a boy. For years I savored the fear caused by my name, the trembling at the sight of my tattoos. The stars on my knees, the marks on my fingers, the dagger in my neck, all bespoke of danger. If you saw my eyes, it was the last vision you’d have. I have ever been the hunter, never the prey. With her, I am the mark and I am ready to lie down and let her capture me. Opening my small scarred heart to her brings out my enemies. I will carry out one last hit, but if they hurt her, I will bring the world down around their ears.

I’ve been sheltered from the outside world all my life. Homeschooled and farm-raised, I’m so naive that my best friend calls me Pollyanna. I like to believe the best in people. Nikolai is part of this new life, and he’s terrifying to me. Not because his eyes are cold or my friend warns me away from him, but because he’s the only man that has ever seen the real me beneath the awkwardness. With him, my heart is at risk..and also, my life. 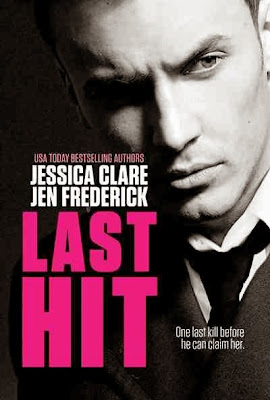 I haven't read a book by Jessica Clare yet but I am in love with Jen's NA novels, the Woodlands series, so I was excited for the chance to read and review Last Hit. It is so different from Jen's previous writing but damn if I didn't love it, so I will most definitely be reading a Jessica Clare book soon. Last Hit is an edgy, dark romance with a thrilling and action packed plot. If it were a movie, it'd be a mix between Wanted and Beauty and the Beast.

Daisy is a young woman who has been sheltered by her father for her whole life. He is extremely agoraphobic and paranoid and he has kept Daisy from really experiencing life. She loves her father but she wants so much more. She wants to go to college and make friends and experience pleasure. I really liked Daisy. She is definitely inexperienced and naïve but she isn’t completely clueless. She has been controlled by her father her entire life and she wants to take control. She is definitely a character that really grows throughout the book. I loved the way she handled Nick and the risks that she took to come out on her own. She definitely proved she isn’t some naïve country bumpkin in the end and she has some real guts.

I adored Nikolai! He comes off a bit creepy and stalkerish in the beginning but that's just Nick. When it comes to normal social behavior, he's a bit inept but it's kind of freaking cute. He is this hardcore, stealthy, smooth hitman but with Daisy he is awkward and unsure. He doesn’t know how to act around a woman that he has true feelings for and it was entertaining to watch him learn. Nick has never known true love and affection and that has made him an excellent hitman but when it comes to Daisy, he doesn’t know how to act. His attempts to protect and woo her would normally come off as controlling and psycho but being in Nick’s head helps understand where he is coming from. He can spy through my window anytime.

I felt pulled into Last Hit immediately and I was intrigued by both Daisy and Nikolai. They are so different yet so perfect for each other. Nick is immediately enthralled with Daisy from the first time he spies her through his scope. She is the light to his dark and her mere fascination with life buries into his soul. This is where “Beauty and the Beast” comes in because Daisy is the sweet, naïve Belle who thaws the beast’s (Nick) heart and teaches him compassion and love. I loved how open Daisy was to experiencing new things and letting Nick teach her. She should definitely have been weary of Nick’s behavior but his intentions with her were always pure, no matter what he did, and I think she could always see this. By the time all the truths came out, she had already fallen for Nick and she was too deep in.

“I embrace that small, broken part of who I am. If Nick is darkness with a kernel of light inside him, I am light with the matching kernel of darkness. It’s what makes us so perfecto for one another.”

Just as Nick starts contemplating a future with Daisy, shit hits the fan in the name of Nick’s profession. This is where Wanted comes in because I half expected Nick to go all James McAvoy on everyone’s ass and fuck some people up! This is where the plot got a little dark and whole lot real. Daisy strength and character really shined at this point and I liked how she handled herself in her situation. She finds out the truth about Nick and yes, it scares her and she feels foolish and deceived but Nick still protects her and cares for her and she can see that he is still the same man she fell in love with, despite what he does for a living. I was so nervous she wouldn’t be able to look past the hitman part to see the real Nick inside. He finally sees a future for himself and he would do anything to be with Daisy.

I loved the wrap of with the plot and the romance between Daisy and Nick. I love her unwavering acceptance and love of him no matter what. He is so insecure about himself and Daisy sees that and works to make him see himself the way she does. The way Nick helps Daisy’s dad was so sweet and the bond he forged with him forever cements him into Daisy’s heart. I really loved this book and the romance and thrill was both endearing and exciting. 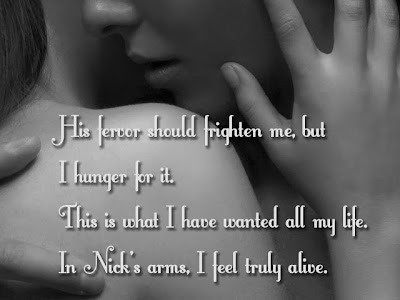 Jen Frederick lives with her husband, child, and one rambunctious dog.  She's been reading stories all her life but never imagined writing one of her own. Jen loves to hear from readers so drop her a line at jensfrederick@gmail.com.
Website: https://twitter.com/jensfred
Facebook: https://www.facebook.com/AuthorJenFrederick
Twitter: https://twitter.com/jensfred
Goodreads: http://tinyurl.com/p3ptasx

Author Jessica Claire
This is a pen name for Jill Myles.
Jill Myles has been an incurable romantic since childhood. She reads all the 'naughty parts' of books first, looks for a dirty joke in just about everything, and thinks to this day that the Little House on the Prairie books should have been steamier.

After devouring hundreds of paperback romances, mythology books, and archaeological tomes, she decided to write a few books of her own - stories with a wild adventure, sharp banter, and lots of super-sexy situations. She prefers her heroes alpha and half-dressed, her heroines witty, and she loves nothing more than watching them overcome adversity to fall into bed together.


a Rafflecopter giveaway
Posted by Unknown at 1:12 AM