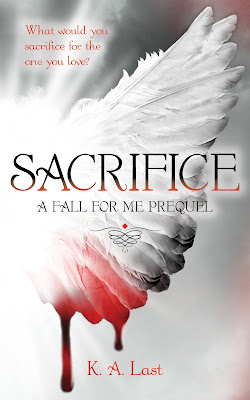 Sacrifice – A Fall For Me Prequel by K.A. Last
Series: The Tate Chronicles, #0.5
Publication date: May, 2013
Genre: YA Paranormal Romance
Cover by: KILA Designs

Seth’s heart is breaking. He knows his decision will hurt the one person he keeps breathing for, but he can’t take it anymore. He can’t be near Grace knowing she will always be just out of reach.
Grace is oblivious to Seth’s turmoil. She loves him unconditionally, but not in the way he wants. They both know that in Heaven physical love is forbidden, and to break the rules is to defy everything they’ve ever been taught.
When Grace and Seth are sent on a mission to save a young mother and her unborn child, Grace must face the fact that Seth won’t be returning home. She doesn’t understand Seth’s decision and hates him for it. But what neither of them realise is how big a part that single decision will play in shaping their entire future.
What would you sacrifice for the one you love? 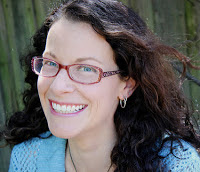 K. A. Last was born in Subiaco, Western Australia, and moved to Sydney with her parents and older brother when she was eight. Artistic and creative by nature, she studied Graphic Design and graduated with an Advanced Diploma. After marrying her high school sweetheart, she concentrated on her career before settling into family life. Blessed with a vivid imagination, she began writing to let off creative steam, and fell in love with it. She now resides in a peaceful leafy suburb north of Sydney with her husband, their two children and a rabbit named Twitch.