Lila McCormick, Echo's best friend from Pushing the Limits, first met Lincoln Turner when tragedy struck both their lives. But she never expected their surprise encounter would lead to two years of exchanging letters—or that she’d fall for the boy she’s only seen once. Their relationship is a secret, but Lila feels closer to Lincoln than anyone else. Until she finds out that he lied to her about the one thing she depended on him for the most.Hurting Lila is the last thing Lincoln wanted. For two years, her letters have been the only thing getting him through the day. Admitting his feelings would cross a line he’s never dared breach before. But Lincoln will do whatever it takes to fix his mistakes, earn Lila’s forgiveness—and finally win a chance to be with the girl he loves.
*********************************
This was such a great novella. Even as short as it was, Katie McGarry was still able to evoke so much emotion in her writing. I loved the way Lila and Lincoln fell in love with each other through letters they wrote over a 2 year period. There is only a brief glimpse into who the characters are but Lincoln has been through so much and it seems that the only thing that has helped hold him together is his letters with Lila. She may not realize it, but I think that Lila needs Lincoln just as much as he needs her.

My only disappointment in this book was that it was so short. I want, no, I need more Lila and Lincoln! I hope that this was just the beginning of their story and that we will get more of them in the future. 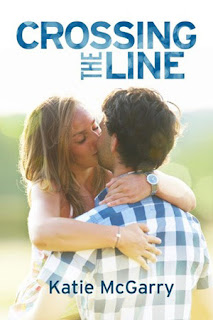 Email ThisBlogThis!Share to TwitterShare to FacebookShare to Pinterest
Labels: Novella, YA Contemporary