Finally, the highly anticipated follow-up to the New York Times bestseller Beautiful Disaster. Can you love someone too much?

In Walking Disaster, the life of Travis is full of fast women, underground gambling, and violence. But just when he thinks he is invincible, Abby Abernathy brings him to his knees.

I still thought Abby was stuck up and a tease and I didn't like the way that she led Travis on and played with his emotions. That was even clearer when reading from his POV. I was even more annoyed by Travis' temper tantrums in this book because he knew he was being irrational but still acted that way anyways. He knew he was insanely possessive and controlling yet he did the things he did anyways. I didn't blame Abby for her mixed feelings for him but hated the way she went about it.

I liked that even though it was the same story line, it was uniquely written in a way that I felt like I was reading an entirely different book. There were scenes in this book that weren't in the first book and their were scenes from the first book not included in this one. We also got to see more of Shepley and Travis' family, which I really liked. I also liked the addition of the story line at the end of this book as well as the epilogue. 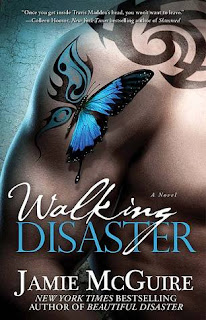 IPOD Picks:
"Let Me Down" by Kelly Clarkson
"Poison & Wine" by The Civil Wars
"Impossible" by Shontelle