October 10, 2013-- Cover Reveal: What Remains
Release Day Launch: The Only One by Magan Vernon
New Release Spotlight: Beyond Fate by Heather Lyons
Blog Tour Review: I Stand Before You by S.R. Grey

Winter is coming and I think we all might have more time to read. It rains a crap load here in Seattle so I know I'll be spending more time indoors. Can't wait for our next read along. In the meantime, check out these awesome blogs and see what they've been up to this week.

Thank you to the authors and Xpresso Book Tours and Inkslinger PR! 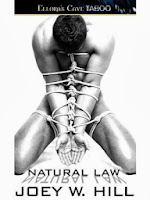 October 16, 2013-- Cover Reveal: The Thrill of It
Blog Tour Review: Play with Me by Piper Shelly

October 17, 2013-- Cover Reveal: With Every Heartbeat
ARC Review: Beyond Fate by Heather Lyons

October 19, 2013-- Saturday @ Starbucks
ARC Review: The Infinite Moment of Us by Lauren Myracle