Today, I have the tour for The Devil's Tattoo by Nicole R. Taylor, hosted by Xpresso Book Tours, on the blog. I am excited to share my review and a giveaway with you.

~Synopsis~
The Highway to Hell or the Stairway to Heaven?

Zoe Granger picked up her first guitar the day her heart was smashed into a billion pieces. It was a way to keep her mind off her inevitable downward spiral, but music soon became her escape. She's been burned too many times to tell and is just happy to coast through life, never putting herself out there. That's until her best friend Dee suggests they start a band and suddenly she finds herself not just a part of it, but fronting the whole outfit.

They call themselves The Devil's Tattoo and when they release their debut EP, it rockets to the top of the charts and it's like an overnight fairytale. Contracts, photo shoots, royalties and interviews are heaped onto the shy Zoe and it's like she's finally found her place. Then comes the phone call that changes everything. They've been asked to co-headline a tour with one of the hottest bands of the moment, The Stabs and Zoe will never be the same again.

Will Strickland is one fourth of the hottest indie rock band to ever grace the airwaves. He's the bass player in The Stabs, hot as hell and could have his pick of any girl that flings herself at him. But he's only got eyes for Zoe and she has no idea why he'd bother. She's got one hell of a trust issue and an attitude to boot and Will seems to be the one who wants to tame her, but is he game enough?

The Devil's Tattoo and The Stabs go on the road and it's either going to be a highway to hell or a stairway to heaven. Only time will tell who will come out on top and Zoe's determined to do it without getting her heart broken… again. 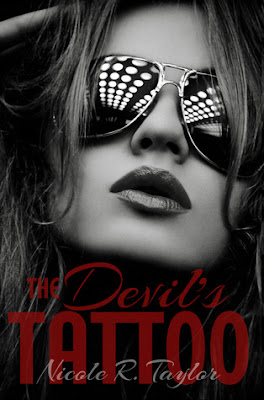 The Devil's Tattoo was a decent read and I didn't have any major issues with it but it didn't wow me like I had hoped it would. Will and Zoe are both okay MC's but I didn't really connect with either of them and actually found myself annoyed by them at times. It all felt a little superficial and lacked some of the development that I like to see, both in the characters and the plot. I did like the story line and felt that it flowed well. I also really enjoyed some of the side characters, even more so than Will and Zoe.

Zoe went through a horrendous breakup that has left her broken and guarded. She lost everything, including most of her friends and all she's left with is a scar on her arm and a broken-heart. As a means to cope, Zoe turns to music and learns to play the guitar. She finds she is a natural at it and becomes and expert player in only 2 years. When she first sees Will Strickland, bass player for The Stabs, in a bar  she is instantly intrigued by him. After going to a Stabs concert, her best friend  convinces her to start a band with him and they sky rocket to local fame. This puts them on tour with The Stabs and Zoe and Will suddenly find themselves fighting an intense attraction to one another.

Zoe was okay as a female MC. I didn't have any big issues with her but I didn't love her or really connect with her. She is intensely guarded because of her ex and, if nothing else, I kept reading because I was super curious about what happened to her. She is definitely attracted to Will but she still hasn't gotten over what happened to her and she is so scared of the past that she is afraid to let anyone into her future. Zoe frustrated me at times because she wouldn't let Will in but then she would get insanely jealous when he talked to other girls and get mad at him for flirting. She was kind of a bitch to him from the start when she really had no reason to be and I'm surprised he continued to pursue her.

Will was a total contradiction and I had a hard time believing that he was so shy with Zoe. He is supposed to be this confident ladies man yet he can't get up the courage to talk to Zoe? It just didn't work for me. He also thinks that trying to make Zoe jealous is the way to win her over and that annoyed me to no end. Also, he was possessive and jealous when they weren't even together yet. I did like how sweet and caring he was with her when they finally admitted their feelings and tried to make it work. He knew she had been hurt before and he didn't want to do that to her.

Zoe and Will's relationship moved way to fast for me. They spent half of their tour barely speaking to each other and secretly lusting over on another and the second half of the tour falling deep and madly in love. Will went through a difficult and painful break up and even though he was totally over his ex, the way he shut down with Zoe when she contacted him annoyed me. He knew how guarded Zoe had been and the fact that she let her guard down with him only to have him shut her out and make her doubt everything pissed me off. Zoe's ex makes his appearance towards the end and we finally find out exactly what happened to her 3 years ago. I had been waiting for this the entire book it was definitely tragic. If that had happened to me, I think I'd be a guarded, jaded mess too.

While I liked the focus on music as a way for Zoe to heal and gain back control of her life, I was left a little unsatisfied. I just felt like the plot lacked depth and development and this trickled down to the characters as well. Though, I really did like Dee, Zoe's best friend and Frank, Chris and Simone, her band mates. However, this book was all about Zoe and Will and I just didn't connect with them like I hoped I would. 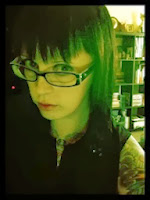 Nicole R. Taylor is an Australian born paranormal, fantasy and contemporary fiction author. She is a graduate of the University of Ballarat Professional Writing and Editing programme and is a former music memorabilia sales person and grocery merchandiser.
She currently lives in Ballarat, Victoria, Australia with a two year old rescue cat named, Burger. She enjoys reading, writing (of course!), traveling and a little too much chocolate. One day she hopes to sky dive, but has to work up the courage first.


The first in her new paranormal fantasy series, The Witch Hunter Saga is available in e-edition and print from March 20th 2013