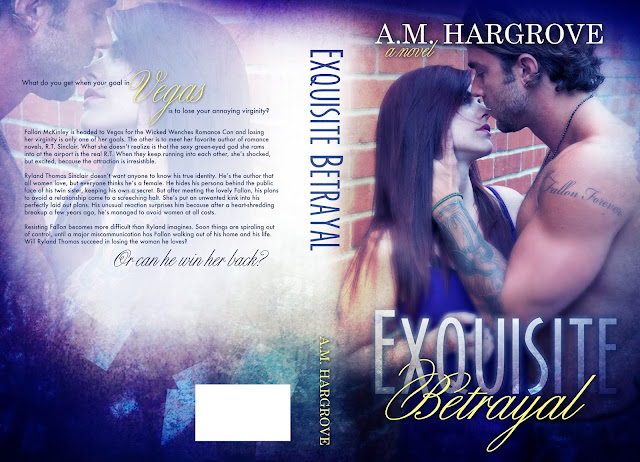 A male Romance Author… a convention in Vegas… a female book blogger… a goal to lose her virginity… what happens when you mix all the above?

Fallon McKinley is headed to Vegas for the Wicked Wenches Romance Con and losing her virginity is only one of her goals. The other is to meet her favorite author of romance novels, R.T. Sinclair. What she doesn’t realize is that the sexy green-eyed god she rams into at the airport is the real R.T. When they keep running into each other, she’s shocked, but excited, because the attraction is irresistible.

Ryland Thomas Sinclair doesn’t want anyone to know his true identity. He’s the author that all women love, but everyone thinks he’s a female. He hides his persona behind the public face of his twin sister, keeping his own a secret. But after meeting the lovely Fallon, his intentions to avoid a relationship come to a screeching halt. She’s put an unwanted kink into his perfectly laid out plans. His unusual reaction surprises him because after a heart-shredding breakup a few years ago, he’s managed to avoid women at all costs.

Resisting Fallon becomes more difficult than he imagines. Soon things are spiraling out of control, until a major miscommunication has Fallon walking out of his home and his life. Will Ryland Thomas succeed in losing the woman he loves? Or can he win her back? 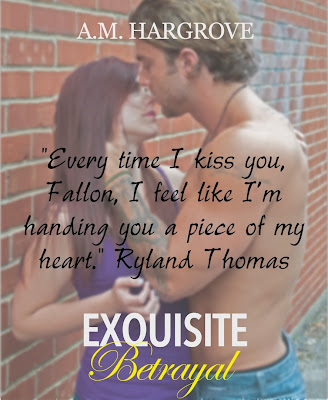 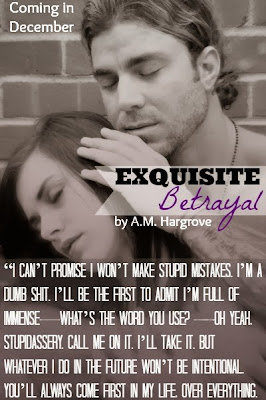 Author Information
One day, on her way home from work as a sales manager, A. M. Hargrove, realized her life was on fast forward and if she didn't do something soon, it would quickly be too late to write that work of fiction she had been dreaming of her whole life.  So, she rolled down the passenger window of her fabulous (not) company car and tossed out her leather briefcase.  Luckily, the pedestrian in the direct line of fire was a dodge ball pro and had über quick reflexes enabling him to avoid getting bashed in the head.  Feeling a tad guilty about the near miss, A. M. made a speedy turn down a deserted side street before tossing her crummy, outdated piece-of-you-know-what laptop out the window.  She breathed a liberating sigh of relief, picked up her cell phone, called her boss and quit her job.  Grinning, she made another call to her hubs and told him of her new adventure (after making sure his heart was beating properly again).

So began A. M. Hargrove's career as a YA/NA and Adult Romance writer. Her books include the following: Edge of Disaster, Shattered Edge and Kissing Fire (The Edge Series); The Guardians of Vesturon series (Survival, Resurrection, Determinant, reEmergent and Beginnings); Dark Waltz and Tragically Flawed.

Other than being in love with writing about being in love, she loves chocolate, ice cream and coffee and is positive they should be added as part of the USDA food groups.