I am super excited to have the Blackbrooke II: The Guardian by Emma Silver tour on my blog today. I have a character bio for Liberty Connor that Emma pulled straight out of Liberty’s institute file. Check it out! 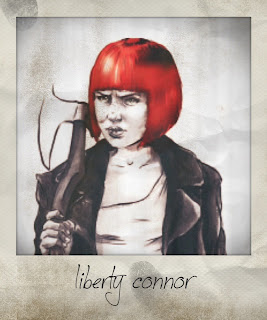 NOTES:
Liberty Connor was brought into the Institute on the evening of 17th November. After refusing to comply with Institute personnel, she was sedated and taken to room BI219. She had extensive injuries to her arm and was seen by Dr Guilo Moretti on arrival (see file notes).
Her memories of the evening were sketchy, believed to be as a result of a blow to the head. Intense therapy sessions and isolation have been recommended by both Dr Rita Frank and Mr Jonathan Jones to help Liberty come to terms with the events.
Liberty is the first born of David and Elizabeth Connor. She has a younger sibling, Oscar Connor.
Liberty is an above-average student with a keen understanding of Blackbrooke, which has been brought to the attention of Dr Rita Frank when putting together the session plans.
We expect the sessions to continue with little success for the first week of Liberty’s stay in the Institute after the trauma she experienced in Blackbrooke. We believe contact with Gabriel Moretti, her friend from Blackbrooke, will help to encourage her to discuss the events in more detail. He too will be monitored throughout Liberty’s stay in the Institute.
Caution must be applied with Liberty’s contact with Mr Cassius Godwin. The pair were close in Blackbrooke and information from Liberty and Cassius must be strictly obtained individually.

UPDATE: 18TH NOVEMBER
DO NOT APPROACH LIBERTY CONNOR WITHOUT A MEMBER OF SENIOR PERSONNEL. SHE IS POTENTIALLY VERY DANGEROUS. 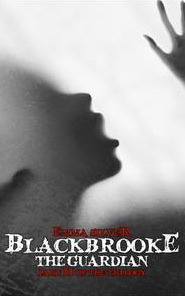 After she had discovered the truth behind ‘walk outs’ in her hometown of Blackbrooke and forced to sacrifice her best friend, Liberty Connor thought she was finally free.

But her nightmare was only just beginning.

Taken to the Institute, a research facility dedicated to Blackbrooke, Liberty finds herself under the watchful eye of sinister Blackbrooke guardian, Mr Jones. Things aren’t as they seem. Familiar faces provide little comfort, and she soon realises the Crits aren’t the only specimens under the microscope.

Determined to escape, Liberty is once again plunged into a world beyond her comprehension. The one thing she knows for certain is: trust no one.

Friends become strangers, but help is at hand from unexpected quarters. Forced to confront her real enemy, Liberty is left with one familiar choice.

*Warning: If you haven't read the first Blackbrooke book, this review may contain a few spoilers*

Blackbrooke II was even more thrilling and mysterious than the first book. This book had less romance and more thrill. Liberty was the focus of this book as she works to discover what the institute is up to and why they have taken her and Cassius.

Liberty was even more badass in this book than the first one. I felt like she really grew as a character and was so much more outspoken and bold. While she became a little crazy and frantic at times, I think it was perfectly understandable considering the situation that she was in. Cassius was what was most important and she would do anything to see him awake again. Seeing Gabriel again and reconnecting with him confused her a bit but she realized that she loved Cassius and that wasn’t going to change, though it seemed she found herself in a bit of a sordid love triangle.

“Weren’t supposed ‘love triangles’ supposed to be full of stolen kisses and ecstasy like they were portrayed in the movies? Instead, I felt like public enemy number one.”

Liberty was really what this book was all about and there wasn’t much of Cassius and Gabriel, besides the shocking twists involving each of them in the end. The institute has Liberty and they are searching for something important and they think she is the key. Her primary focus was saving Cassius and getting to the outside.  As she worked towards her goal, she made plenty of shocking discoveries and I was quite surprised about the turn of events and the things going on in Blackbrooke. There were a lot of secrets revealed in this book and I loved that there was mystery in the plot up until the very last second of revelation.

“This is some messed up Wonderland shit,” Denzil muttered after several minutes saw us edging along the walls. “Where’s the white rabbit, eh?”

I felt like this book bounced around a little, from fast paced and thrilling to a little slow and then fast paced again. However, the book was really well written and I liked the turn of events within the plot. It really revealed a lot more about Blackbrooke and answered a lot of questions from the first book. The events that unfolded at the end were very unexpected and the author did an amazing job of really throwing me off the track. I was unbelievably shocked at the end and never could have guessed what was going to happen. Emma Silver really knows how to write a thrilling mystery. 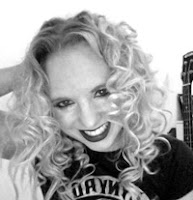 Emma was born and raised in Manchester, England. Blackbrooke is her debut young adult horror novel after spending many years honing her skills drafting short stories and devouring horror through the ages from R.L. Stine’s Goosebumps collection through to Stephen King. Blackbrooke is the Part I of the Blackbrooke Trilogy. Emma is also the author of a semi-biographical account of her dad’s years in a rock band in the 1970s, Driving Exile. She gets most of her ideas and is inspired by music and also the fighting spirit of young people who aren’t afraid to challenge the norm and stand up for what they believe in. This fleeting ‘moment’ in life is what she tries to capture in her writing.
Posted by Unknown at 12:00 AM