Review: Falling into Us by Jasinda Wilder

Falling Into Us
Author: Jasinda Wilder
Publication Date: June 21, 2013
~Synopsis~
THE STORY YOU THOUGHT YOU KNEW...

When Kyle Calloway died, he took a part of Nell with him. She wasn’t the only one left to pick up the pieces, however; Kyle’s death left a gaping hole in the hearts and lives of his parents and his older brother Colton, and ultimately broke the will of the girl he loved.

THE STORY YOU NEVER IMAGINED...

Becca de Rosa is Nell’s best friend. When Kyle died, Nell was so devastated that no one could reach her, not even her best friend Becca. As she tries to help Nell through her grief, Becca’s own life is thrust into turmoil, and everything she knows is changed.

Jason Dorsey asked Nell out the week after her sixteenth birthday, but that date never happened. Instead, he ended up going out with Nell’s best friend, Becca. He had no way of knowing, then, how that one date would send him on a life-long journey with Becca. He had no way of knowing the tragedies and triumphs he would experience, or that in Becca, he might find the love of a lifetime.

*Due to sexual content, this book is for mature audiences* 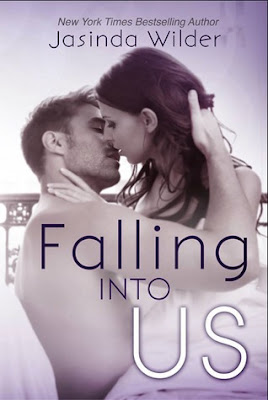 ~Prelude~
I read Falling into You in April and it quickly became my favorite book. I don't cry easily and that book had tears streaming down my face. When I heard she had a companion novel being released for the series, I started counting down the days. I knew this one was about Nell and Kyle's best friends, Jason and Becca, and I knew it would be epic. However, I LOVED Colton and Nell so I didn't know if this book would be able to give me all the feelings like the first one. It could, and it did.

I'm not sure I can fully describe how much I adore Jasinda Wilder. It only took one book to cement her as an all-time favorite author for me and after this book, she is numero uno on my list. No other author has made me cry like Jasinda Wilder! I get emotional while reading but crying is very uncommon. I bawled like a baby in this book.

In Falling Into You, we get a small glimpse of Jason and Becca and how they got together but Falling Into Us is their love story and all about them. Jason originally asked out Nell, Becca’s best friend, but when she flakes on him to be with Kyle, she suggests Jason ask out Becca, who has had a crush on Jason since they were kids. He is reluctant at first because he doesn’t want Becca to think she is second choice but he mans up and asks her anyway. That turns out to be the best decision he ever made.

At 16, Becca and Jason are young but they fall hard for each other and become exactly what the other needs to get through the tough times in their lives. Jason has a rough home life and a shitty father. Having Becca in his life takes his mind off of the constant struggle he has with his dad and the desire to please him even though nothing is ever good enough. He will always be more than enough for Becca. Likewise, Jason makes Becca feel alive and adventurous. When she is with him, she forgets all about the pressure from her parents to be perfect and their strict rules.

“It almost seemed like he was actually seeing me for me, and that was dangerous for my sanity. I almost didn’t want him to want me, because that would mean doing something about it.”

I loved that their first time together was a little awkward and not perfect. This is so true to real life and I loved the way Jasinda portrayed it. They were young and inexperienced and that showed in the writing which was exactly the way it should be.

“And then it was over. The whole thing had lasted less than five minutes, but it was a life-changing earthshaking five minutes.”

When Kyle dies their senior year, they are both devastated but he was Jason’s best friend and he is heartbroken. The only thing that keeps him sane is Becca’s comfort. She has to be the strong one for Jason and Nell and I loved that about her. She could set aside her grief to comfort the 2 people she knew needed it. I think this was the moment that Jason knew Becca was his forever and he would never be able to live without her. I knew this was coming. I knew Kyle died. It’s in the synopsis from the very first book. However, I still cried when the time came and it’s because Jasinda is that good.

“All I knew was I needed Becca to get through this, and I could only hope she’d stay with me, keep loving me through it.”

I loved the transitions through this book and the way we get to follow them through life. They meet at 16, they suffer a tragedy together at 18. They go off to college together and keep their relationship strong. Jason helps Becca find her independence from her parents and they both help each other to build their own futures and not let their parents dictate how they live. Everything seems so perfect! Then they are hit with tragedy again. This time Becca is the one that needs comfort from Jason and he doesn’t disappoint.

“I needed him. I wasn’t afraid of admitting that, not ever. Especially then. I knew he was the only thing that would get me through this crushing sorrow.”

Becca went through a horrible tragedy and I was so afraid that she was going to shut down and push Jason away. Her regression was heart-breaking because she became someone so different from who she really was. My heart broke for Jason because he had to watch her go through all of this with no way to really help her. All he could do was be there for her and help her find her way back to life and living. He pushed her sometimes but he knew it was the only way he could help her heal and in the end, his love overpowered everything. I nearly lost it here and had to leave the gym early before I burst into tears.

“I kissed her, and put all my love into that kiss, all my need. I kissed her to show her how much I missed her. She’d been there physically, but had been absent emotionally. Now she was coming back to me, and I kissed her in welcome.”

Despite everything that Jason and Becca went through, the one constant they both had was each other. They fell so deeply in love that nothing could break them as long as they had each other. They kept their love alive and they helped each other through the bad. Out of all the bad, good things came too and those were the things that counted.

“In these moments, scars were forgotten, nightmares were banished, and fears soothed.”

Falling Into Us was spectacular, heart wrenching and riveting. I would give up food and sleep to finish this book and I nearly did. The writing is so fantastic and the story is beautiful. So many things happened in this book and sometimes that can be overwhelming but that was not the case here. Every aspect of this novel flowed together so well and the transitions were impeccable. I felt like I was right there with Jason and Becca as they navigated the treacherous waters of their lives. I felt like I really knew them because their characters were developed so well. I loved both Jason and Becca and cannot think of a single thing that bothered me about either of them. They stole my heart!

I LOVED the tie in with Nell and Colton from the first book. These 2 books were woven together so intricately even though Falling into Us was Jason and Becca's story and primarily about them. We were given the opportunity to see Nell’s struggles after Kyle’s death from Becca’s point of view as well as what happened with Nell and Colton after Falling Into You. I felt like there was final closure in their story too.

I think my feelings about this book as well as Jasinda Wilder are pretty clear by now. These books will forever hold a place in my heart and I will never be able to get enough of them. Also, I am a huge music lover and Jasinda incorporates music everywhere throughout these books which makes me love them that much more. I have a few songs of my own that stuck with me while reading this book and you can see them below in my IPOD picks but check out Jasinda’s playlist in the back of the book. I hope you fall as much in love with these books and characters as I did! 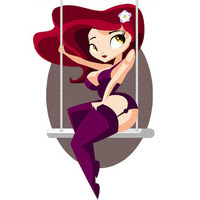 Jasinda Wilder is a Michigan native with a penchant for titillating tales about sexy men and strong women. When she's not writing, she's probably shopping, baking, or reading.www.jasindawilder.comEmail Jasinda at JasindaWilder@gmail.com
Friend Jasinda on Facebook: http://www.facebook.com/#!/jasinda.wi...
Posted by Unknown at 5:09 PM