INSOMNIA
I am super excited to be a part of the Insomnia Blog Tour! This was such an exciting book! On my stop today, I have a character profile on Parker Chipp. I can't wait for you all to meet him! 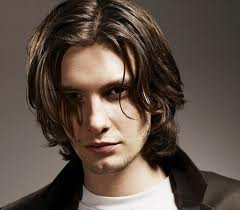 What you should know about Parker:

* His dad left when he was a kid. It is only him and his mom now. His mom is very important to him.
* He is a junior at Oakville High School
* He loves soccer and is really good at it. He is co-captain of the varsity soccer team.
* His best friend is Finn Patrick and he has a crush on Finn's sister, Addie. They are the only 2 people he trusts with his secrets.
* He is a Watcher which means instead of sleeping, he is forced to watch other people's dreams.
* He is afraid that he is going to go psychotic and die from the insomnia that has plagued him for 4 years from being a Watcher.
* He has started to develop headaches, tremors and hallucinations and they are progressively getting worse.
* He is misunderstood. Everyone thinks he is crazy and stalking Mia. Really, he just needs to make eye contact with her because he can only sleep at nights when he is in her dreams.
* He is kind and caring. He would do anything to protect his family and friends, even from himself.

** Funny note: In the Arc and all early versions, Parker has blonde hair. However, it was changed in the final version to black to better match the cover. 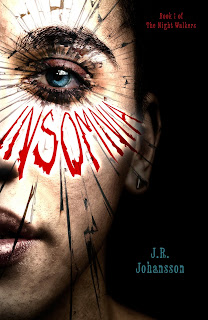 Her eyes saved his life. Her dreams released his darkness.

After four years of sleeplessness, high school junior Parker Chipp can’t take much more. Every night, instead of sleeping, he enters the dreams of the last person he’s made eye contact with. If he doesn’t sleep soon, Parker will die.


Then he meets Mia. Her dreams, calm and beautifully uncomplicated, allow him blissful rest that’s utterly addictive. But what starts out as a chance meeting turns into an obsession; Parker’s furious desire for what he needs pushes him to extremes he never thought he’d go. And when someone begins terrorizing Mia with twisted death threats, Parker’s memory blackouts leave him doubting his own innocence.

Insomnia was such a thrilling and intense book and I found myself biting my nails with stress and anticipation multiple times. Parker was so misunderstood and I felt so frustrated for him because he couldn't tell anyone what was really going on with him since, seriously, who would believe it. After not sleeping in 4 years, he felt himself getting closer to death and when he met Mia and was finally able to sleep in her dreams, he seemed to go a little crazy. I don't blame him, however, because he finally knew what it was like to be rested again and her dreams became a drug to him. I really liked Finn and Addie and I was glad that Parker was able to share his secret with them and that they believed him and wanted to help. A huge weight lifted off my shoulders when he no longer had to carry the burden alone. This was when the story turned for me because before that, I was way too anxious.

The writing in this book was excellent and the plot was really well thought out and flowed very nicely.The author did such an amazing job with the mystery, I was constantly second guessing Parker. One minute I was sure he was completely innocent and the next minute I was doubting my instincts and his sanity. The plot twists toward the end of the book had me on the edge of my seat and I never really could have guessed what was going to happen.The book had a satisfying conclusion but left just enough mystery to wet my appetite for the next book. I don't read many YA thrillers but this book definitely has me wanting to read more. I can't wait for the next Night Walker book and to continue on Parker's journey.

Favorite Quote:
"I shook my head as a wave of confusion and panic crossed her face. Everything came out all wrong. My addiction is you? Man, that phrase had "Things a Serial Killer Would Say" written all over it." ~ Parker (Insomnia by J.R. Johannson)

J.R. JOHANSSON is a young adult thriller author published with Flux & FSG/Macmillan. Her debut, INSOMNIA is coming June 2013. She has a B.S. degree in public relations and a background in marketing. She credits her abnormal psychology minor with inspiring many of her characters. When she's not writing, she loves reading, playing board games, and sitting in her hot tub. Her dream is that someday she can do all three at the same time. She has two young sons and a wonderful husband. In fact, other than her cat, Cleo, she's nearly drowning in testosterone.

Insomnia Blurbs
“The perfect blend of everything I love in a story. I hope a sequel comes soon!” –James Dashner, New York Times bestselling author of THE MAZE RUNNER

“Completely unputdownable. I’ve decided to nickname Johansson: Scary McScarypants, because she spooked me in all the best ways.” –Carrie Harris, author of BAD TASTE IN BOYS

“Cleverly written and dangerously dark, Insomnia will take you to the brink of insanity. A must-read for thriller and romance fans alike.”—Elana Johnson, author of POSSESSION

“A riveting story of terror and despair that will keep you up long past your bedtime.”—Jennifer Bosworth, author of STRUCK


* An e-Arc copy of this book was provided to me from the publisher through NetGalley for an honest review. All thoughts expressed in my review are my own, unbiased opinions.*

Photo source for Parker: http://www.coolmenshair.com
Posted by Unknown at 12:30 AM