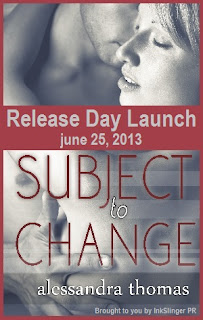 ~Synopsis~
Joey made her dad a deathbed promise that she would become a doctor, and dedicate herself to fighting the very cancer that took his life. There’s just one problem -three years into her pre-med classes, she's struggling to stay on top of the curve, let alone prove she's dazzling enough to earn a spot in an Ivy League medical school. In a Hail Mary move, she throws a basic Business 101 class into her semester schedule, banking on a perfect score to boost her GPA.

That is, until she’s paired for a final project with Hawk, the bartending, motorbike-riding, gorgeously bedheaded loser who falls asleep in class and communicates in one-word sentences.

Hawk does whatever he wants, whenever he wants, which sets Joey on edge – in every possible way. As they get to know each other, her urge to scream at him is curbed only by her fantasies of tearing his clothes off. Soon those fantasies become reality, and Joey realizes Hawk makes her feel more fully herself than any of the rich boys her mother and sorority sisters approve of.

But the promise to her father hangs over her head, and the harder Joey tries to succeed in her chosen career, the faster everything falls into a hopeless tailspin of bad grades, broken promises and guilt. It doesn't help to have Hawk sitting like a devil on her shoulder, insisting she should be free to live however she wants to live - like he does.
The only thing Joey knows is that her neatly organized life is crushing her - and Hawk's bad attitude might be the only thing that can save her. 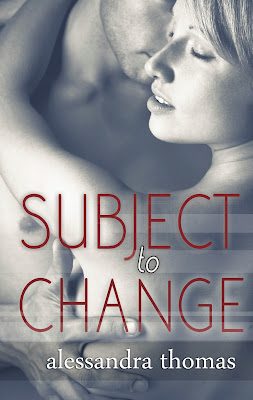 This book started out a little slow for me but once things started heating up between Joey and Hawk, the book began to move at a much better pace. By the middle of the book, I was definitely more involved in the story.

Joey is pre-med and becoming an oncologist is all she has ever wanted to be. She is finding her classes are getting more difficult and she is beginning to question what she wants to do. She meets Hawk, who is a motorcycle riding bartender and opposite of everything she thought she would want. However, she finds herself undeniably attracted to him and really wanting to know him more. As they start working together on their project and getting know each other, Joey learns things about Hawk that she never would have pictured and she also learns things about herself. Without knowing it, they both help each other find themselves and grow together.

I liked Joey well enough, even though I found her to be a little judgemental and uppity at first. She had this pre-conceived notion of who Hawk was just by looking at him and immediately formed an opinion without getting to know him. However, I liked her determination and dedication. Even though it was killing her, she wouldn’t give up. Joey really grew throughout this book as she realized there are compromises in life and there are other ways to make her father proud. She realized becoming a doctor was not what she really wanted to do and there were other things she could do in the medical field to make her happy and make her father proud. While she made the decisions herself, Hawk was instrumental in helping her realize this.

“How he was the first person who had ever, ever made me feel exactly like myself and not what someone else expected me to be.”

Hawk was the star of this book for me. He was judged because of his tattoos and his lifestyle but they were only outward appearances and said nothing about the person he truly was. Despite the way he acted when Joey first meets him, he has aspirations and goals that he is working so hard to achieve. He has gone through so much loss in his life and it has scarred him and maybe made him a little hard on the outside. He was a little moody and sometimes he took it out on Joey. I think he was scared of the feelings he had for Joey and he sometimes pushed her away because of this. It was obvious he cared about her when he encouraged her to do what will make her happy.

When they were assigned to be partners, Joey saw Hawk as a slacker and a loser and Hawk saw Joey as a stuck up princess. However, they both learned that there was more than meets the eye with each other and an attraction built between them. I definitely felt the chemistry flowing off of the pages and I loved the growth in both of them and how they helped each other to get there. They went through some rough spots and I was worried that their differences would be too much to overcome. They were both stubborn and neither willing to give in to the other. In the end, they recognized their need for one another and how much better they are together.

“Being with Hawk—or around Hawk or in a fight with Hawk—made me question every single thing about myself and my life. And I didn’t know whether I loved it or hated it.”

This book was well written and had an enjoyable plot. Despite the slow start, it was a really enjoyable read when it got going and it didn’t take long for that to happen. I enjoyed the plot and the idea behind 2 people from different worlds helping each other find themselves and falling in love along the way. Alessandra is an excellent author and I immediately picked up her first book, Picture Perfect, after finishing this one. I can’t wait to read it!

“Sometimes you just have to do what feels right.”

Alessandra Thomas is a New Adult writer who swears she was in her twenties yesterday. Since she's not, she spends her time looking back on her college years fondly, and writing sexy stories about guys and girls falling in love and really living life for the first time. When she's not writing, you can find her with a spoonful of ice cream in one hand and the newest New Adult release in the other.


*An eBook copy of this book was provided to me by the author and InkSlinger PR in exchange for an honest review. All thoughts expressed in this review are my own unbiased, opinions.*