~Synopsis~
Drew Evans is a winner. Handsome and arrogant, he makes multimillion dollar business deals and seduces New York’s most beautiful women with just a smile. He has loyal friends and an indulgent family. So why has he been shuttered in his apartment for seven days, miserable and depressed?

He’ll tell you he has the flu.

But we all know that’s not really true.

Katherine Brooks is brilliant, beautiful and ambitious. She refuses to let anything - or anyone - derail her path to success. When Kate is hired as the new associate at Drew’s father’s investment banking firm, every aspect of the dashing playboy’s life is thrown into a tailspin. The professional competition she brings is unnerving, his attraction to her is distracting, his failure to entice her into his bed is exasperating.

Then, just when Drew is on the cusp of having everything he wants, his overblown confidence threatens to ruin it all. Will he be able untangle his feelings of lust and tenderness, frustration and fulfillment? Will he rise to the most important challenge of his life?

Can Drew Evans win at love?

Tangled is not your mother’s romance novel. It is an outrageous, passionate, witty narrative about a man who knows a lot about women…just not as much as he thinks he knows. As he tells his story, Drew learns the one thing he never wanted in life, is the only thing he can’t live without.

~Prelude~
Tangled was another Twitter read-a-long with Trish @ Between the Lines, Jessica @ Lovin LosLibros, CeCe @ Steaming Mug of Books, Wendy @ Book Scents and Danielle @ What Danielle Did Next. During our twitter read along, Wendy made the comparison between Drew and Barney from “How I met Your Mother” and she couldn’t have been more right! This was the funniest book I have read and I can’t wait to share with you all the reasons why!

This book has some of the most superb writing I have ever read. It is in this conversational tone that really draws you in and makes you feel like you are part of the story. I was hanging on every word!

The book is written from Drew’s point of view as if he is telling us a story. Drew is a total ladies’ man. He is a player and has no interest in being in a relationship or falling in love. So guess what happens? Yeah, he falls in love. Drew is a total dick but he is so freaking hilarious that you can’t help but love him.

He meets Kate and is instantly attracted to her. He can’t help but fantasize about getting her in bed but he doesn’t expect her to be so head strong and hyper aware of his bullshit. He is un-freaking-believable. I will give him that. I love his persistence and must admit I probably would have broken down long before Kate. I give the girl props for holding out as long as she did.

“She’s like a Rubik’s cube. So frustrating at times that you want to toss it out the goddamn window. But you don’t. You can’t. You’re compelled to keep playing with it until you figure it out.”

I love Kate! She is smart, successful and, most of all, determined. She doesn’t fall for Drew’s bullshit and she knows how to play with the big boys. Even though she tries to pretend indifferent, she can’t help but feel the attraction and sexual tension between them. When she lets her guard down and opens her heart to Drew , he royally screws up and she really makes him sweat it out. That was when she showed her true strength because any other woman would have given into him right away. She knows who she is and who she wants to be and she won’t let Drew take that away from her.

“All girls should know how to defend themselves. A well-aimed kick will do it every time.”

The banter and interaction back and forth between Drew and Kate was awesome. It was freaking hilarious and I found myself laughing out loud so much that I would be getting weird looks if I had been in a public place. Combine their banter with the sexual tension coursing between the two of them and I just knew it was going to end up in some serious fireworks. Falling in love with Kate was so unexpected for him and it definitely changed him a bit. He was still a pompous asshole but he definitely had a softer side that he let show through. When he totally screws up with Kate, I wanted to slap him and call him an idiot! He turns into a sappy, heartbroken mess before he pulls himself together and tries to win her back.

“Women fall in love quicker than men. Easier and more often. But when guys fall? We go down harder. And when things go bad? When it’s not us who ends it? We don’t get to walk away. We crawl.”

He had some pretty intense and outlandish tactics but it was wildly romantic, even though it bordered on stalking. The longer Kate held out the more extreme Drew got, to the point of using a nun to preach forgiveness. I was rolling on the floor with laughter when it got to this point. Kate had one hell of a poker face for being able to hold out for as long as she did. I actually loved that the more crazy he became, the more pissed off she was. Her breaking point was something so simple that I died from how easy it would have been if Drew would have just thought “simple.” In the end, he makes the grand gesture and it’s pretty freaking huge. Way to wise up Drew!

Obviously, I freaking LOVED this book. Even though Drew wasn’t the most likable character, the advice he gave to women and the shit that came out of his mouth won me over. Kate really complimented him and she was pretty hardcore and badass. I said it once and and I’ll say it again, the writing and the storyline in this book kicked ass and I loved every single minute of it. Hands down, the funniest book I have read and I can’t wait to see what Twisted will be all about. Bravo Emma Chase, you busted my gut and rocked my world!

One last piece of advice from Drew Evans:
“ALL GUYS TALK TO THEIR FRIENDS ABOUT SEX. If a guy tells you he doesn’t? Dump him, because he’s lying to you.” 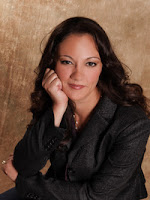 By day, Emma Chase is a devoted wife and mother of two who resides in a small, rural town in New Jersey. By night she is a keyboard crusader, toiling away the hours to bring her colorful characters and their endless antics to life. She has a long standing love/hate relationship with caffeine. Emma is an avid reader. Before her children were born she was known to consume whole books in a single day. Writing has also always been a passion and with the 2013 release of her debut romantic comedy, Tangled, the ability to now call herself an author is nothing less than a dream come true.
Posted by Unknown at 3:00 AM