I am excited to have the tour for Hidden by M. Lathan on my blog today and I have a review to share with you. Click on the link above to see the rest of the tour stops.

~Synopsis~
Sixteen-year-old Leah Grant has given up on being normal. She’d settle for stopping the voices in her head, intrusive visions of the future, and better odds of making it to her seventeenth birthday. That’s the thing about pretending to be human in a world where magic used to exist – at any moment, her cover could be blown and she’ll be burned to death like the rest of the witches. Everything changes when she loses control of her powers and flees the orphanage she grew up in. She desperately wants to be invisible but finds her face plastered on every news channel as humans panic over the possible resurgence of her kind. And now the hunters won’t give up until they find her. Making friends for the first time in her life and falling in love with one of them drives her to discover why she is unlike any being she’s ever met – human or otherwise. The dangerous powers inside of her that would repel Nathan, her new, handsome reason for living, are priceless to some. The locked up forever kind of priceless. And to others, they are too dangerous to allow her to live. Let’s hope she can stay hidden. 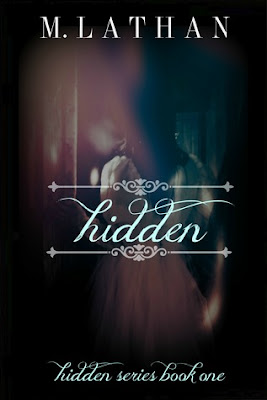 ~Review~
It has been a while since I have read a paranormal book but magical worlds are one of my favorite kind so I was very interested in Hidden. It centers around Leah, an orphan with magic who is raised at a Catholic orphanage and taught that magic is evil. When she is rescued from the orphanage by a witch, she learns that nothing is what she thought it was when it comes to magic and the world they live in. She gets to meet other magical people, including Nathan, a shapeshifter, who she is instantly attracted too. However, the more she learns about the magical world and her own powers, the more questions she has as to what she is exactly and will it cost her everything she wants.

“My plan was to find my way to Florida, where oranges grow. I could sleep in a field of them. Live there, hide there, die there in my own time.”

I had mixed feeling about Leah while reading this book. I wouldn't say that I didn't like her but I wasn't in adore her character either. Her mood and attitude jumped around too much for me. One minute she was depressed, negative and full of angst and the next minute she was happy and positive. I understand that she is a teenager and she has magic so that could contribute to her extreme mood swings but it didn't work for me. However, I did like how determined she was to be a good person and not let what she really was define who she would be. She truly cared for her new magical friends, especially Nathan and she would protect them no matter what.

I understand instant attraction and lust, but I felt like Nathan and Leah's relationship moved a little to un-realistically fast. After two days, they were in love and insta-love isn't something that I really like much in a plot. I felt their connection and liked the fact that they were so drawn to each other because of their lack of friendships and their rough childhood. However, they went from strangers to forever love in 0 to 60 and it was too fast for me. There was still so much they needed to learn about each other and I felt like they needed to slow it down. I do give Leah credit for recognizing that their relationship was moving too fast.

“I wanted to tell him. The words were close to spilling out, too soon, but definitely true. Just like my mother, in love way too fast”

Hidden started out a little slow for me but once the pace picked up, I felt like it flowed smoothly. The plot was definitely intriguing and I felt myself asking a lot of questions as I went along and eagerly awaited the answers. The author did a really nice job of holding the suspense while still giving away answers as necessary. While this is the first book in a series, it did not leave off on a huge cliffhanger and it didn't leave any unanswered questions aside from the necessary mystery of where the plot will lead. I enjoyed reading Hidden and I look forward to reading Lost when it comes out. 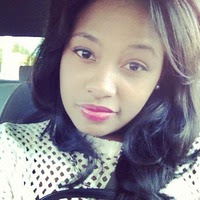