Blog Tour: Are You Mine? by N.K. Smith ~ Review & Giveaway

I have the tour for Are You Mine? by N.K. Smith on the blog today and I am super excited to share my review and a giveaway with you today.

~Synopsis~
Human connection? Who needs it?

Ever since she can remember, wealthy but weary Saige Armstrong has felt different from her peers in Pechimu, New Jersey. With only one good friend to her name, she has navigated the complicated halls of high school and is now faced with the timeless question: Now what?

Fox Harrington, a fun-loving, socially charismatic graffiti artist uses his passions to color his world exactly how he wants it. He knows exactly where his life is headed. That is, until he meets Saige.

A summer project links the two together, making a tentative friendship bloom into romance, but despite their affection for each other, fundamental beliefs and ways of thinking threaten to destroy all they have built.

In this tender story of young love, N.K. Smith delivers a striking tale of two people standing on the precipice of adult life. 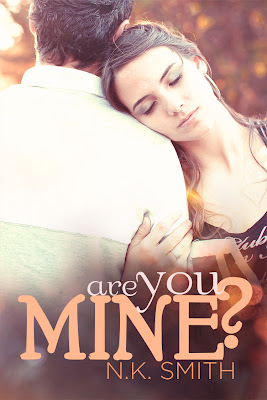 ~Prelude~
A few months ago, I participated in the cover reveal for Are You Mine and I really liked the cover and the story behind this book. When I was asked to participate in the blog tour, I didn’t hesitate since I was already interested in reading this book. I definitely wasn’t disappointed.

Are You Mine was a deep and emotional story that really delved into the idea of opposites attracting. It was filled with love, hope, sadness and redemption. Once I started I couldn’t put it down because I was truly captivated by the characters and the journey they took with each other. There was something special about watching Fox and Saige fall in love.

Fox and Saige are two very opposite people but they end up being exactly what the other needs. Fox is a guy with a million friends who everyone loves. He can befriend a stranger in 30 seconds with his down to earth positive attitude and his general likability. His positivity is so impressive, especially considering the secret sadness he hides inside. He holds no illusions of going to college or even leaving his little New Jersey town but he has dreams and he works extra hard to make them possible. He is an incredible artist and he communicates his feelings for Saige through his art. I adored Fox and his don’t quit attitude. He may not have had high ambitions but he knew what he wanted and he went after it and I admired that. There were so many times when he could have easily walked away from Saige and let her push him away before he got in too deep.

“Saige is my opposite pole. Her magnetism pulls me to her, an it’s like meeting the other half of myself each time we kiss.”

Saige was hard to like but she had been through a lot and her attitude was reminiscent of how one would feel in her situation. It made it hard to hate her because she was so real. She was the opposite of Fox, with her “I don’t give a shit about anyone or anything” attitude. She was angry and cold on the outside but it was because she was sad, lonely and insecure on the inside. She has dreams of California but she has pressure to attend NYU. When Fox enters her life, she tries so hard to hold him at bay but he finds a way to seep into her soul and she doesn’t know how to handle it. I wanted to slap Saige a few times because each time she opened herself up to Fox, she turned and pushed him away again. As her feelings developed and she spent more time with him, she became dependent on being with him and I think that scared her. She had this mindset that anyone she loved or got close to would leave her and she feared the same with Fox so she deliberately pushed him away.

“Her giggles are awesome. If they could be bottled and put into pill form, there’d never be a depressed person in the world.”

Fox became interested in Saige long before she noticed him and he bided his time before actually approaching her. He wasn’t shy to the knowledge that she was a bit of a bitch but he saw something in her that other people didn’t. When he saw the opportunity to get to know her through the graphic novel her best friend wanted her to write and Fox to illustrate, he definitely jumped right in. The relationship between Saige and Fox was definitely a rollercoaster ride. Every time Fox got too close, Saige would try to push him away and my heart went out to him because he felt like he finally met someone who saw right into him and understood his secret pain that he masks with humor and nonchalance. It made me sad how much Fox loved Saige and how much he would do for her only to have her push him away and break his heart. However, I know Saige truly loved him but was so jaded and just didn’t know how to properly show it. She pushed him away because she loved him so much that she was afraid he would break her heart and she wouldn’t be able to handle it. Her selfishness broke my heart towards the end but I think Fox made the right decision and I was glad that Saige came to her senses.

Overall, this was a beautiful love story that juggled my emotions. There were times of happiness, times of frustration and times of heartbreak as Fox and Saige fell in love and fought for each other. While Fox fought a hell of a lot harder than Saige, in the end Saige was the one who really grew. 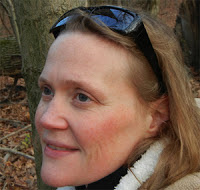 Based in the American Midwest, N.K. Smith is a Technical Writer for a Fortune 100 company. The author of the Old Wounds Series, Ghosts of Our Pasts, and My Only, she is a mother of two who finds the time to write very early in the morning when the rest of the world is still fast asleep.


An avid lover of history, art, music, books, and people, she is interested in telling stories that speak to the human condition.


*An eBook copy was provided to me for a fair and honest review. All opinions expressed are my own and unbiased.*
Posted by Unknown at 12:30 AM