This week's read was Exiled by M.R. Merrick. I don't think most of us were able to finish yet due to schedules and review books to read, myself included, but please check out their blog posts from last week.
Trish @ Between the Lines
Jessica @ Lovin Los Libros
CeCe @ CeCe's Steaming Mug of Books
Shari @ Tangled up in Books
Danielle @ What Danielle Did Next
Wendy @ Book Scents
Tonya @ lilybloombooks

Net Galley
Thank you to Net Galley, the authors and the publishers.

Blog Tours
Thank you to the authors and tour hosts! 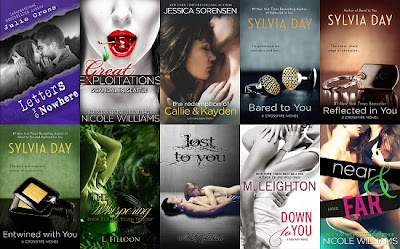 Books I Got at the Signing 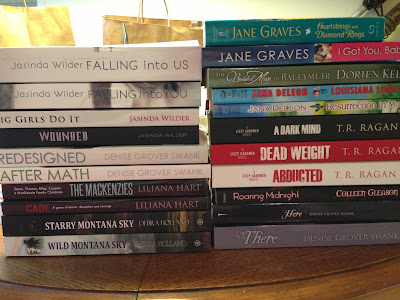 August 5th, 2013-- Cover Reveal: All of You
Review: My Super Sweet Sixteenth Century by Rachel Harris