I have the tour for Inspire by Heather Buchine, hosted by Xpresso Book Tours, on the blog today. I have a review and excerpt to share with you.

~Synopsis~
18-year old Paige Rice, an exquisite beauty from East Hampton, NY, has just celebrated her high school graduation and is expecting to spend her summer living it up with all her socialite friends. But her parents have a different idea – she is being hauled away-literally- to the mountains of Vermont for the entire summer- in an RV!
Assuming she will be an outcast amongst the other teens at the campground still does not prepare her for the treatment she receives, which is far worse than she imagined. She also isn’t prepared for Travis, the campground owner’s son and the “Sexiest” guy she has ever laid eyes on. Travis is the only one who shows any interest in getting to know Paige. The only problem is that they have to explore what lies between them in secret. But once all the secrets are stripped away, the truth may be crushing.

***Intended for mature audiences due to language and sexual content*** 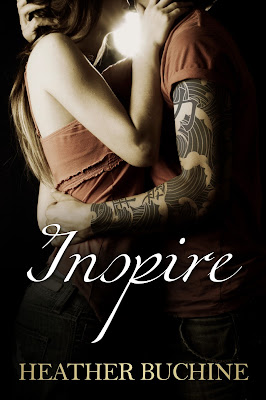 Inspire was a sweet, romantic story of young love and a summer romance to last a lifetime. It was a quick, easy read and the plot flowed really well. The characters were likable and I quite enjoyed reading it.

Paige is on her way to college in the fall so her parents decide to drag her to the mountains of Vermont for a summer RV trip. She is less than thrilled to spend her summer away from her friends and in the middle of nowhere. However, her first day there she meets Travis, the son of the campground owners, and there is an instant connection. The more time they spend getting to know eachother, the harder they fall. However, there’s a secret hanging between them and when it comes out it may be impossible to get over.

I liked Paige and the fact that she wasn’t a spoiled rich girl, which she had the potential to be. She was very charitable and not judgemental at all. Even though Travis was from money like she was, it isn’t evident by looking at him and she never thought twice about getting to know or fall for him. She was so trusting and maybe a little naïve. Even though the other girls at the camp shunned her at first, she was still kind to them and helped them when they needed her.

Travis is down to earth, sweet and seems like a total package. He comes from money like Paige, but you would never know by his attitude and his hard work ethic. He went through a rebel stage and is all tattooed up so he is definitely the type to be judged even though he shouldn’t be. I really liked Travis and I could tell his feelings for Paige were real and genuine. That is what made his betrayal so much harder to take. I never expected this from Travis and I was honestly surprised.

I actually really enjoyed the plot of Inspire and the way the story flowed smoothly. It was a light fun read about young romance and I was able to get into it easily. Travis and Paige definitely had chemistry and I really liked them together. However, Travis wanted to keep it a secret and at first it didn’t seem like a big deal since some of the girls were less than friendly with Paige. However, as the girls softened to Paige and became friendly with her, it was clear that Travis was hiding something because he didn’t want to go public with Paige. When the truth came out, my heart broke for Paige. She was so in love with Travis and she felt betrayed. I was definitely disappointed in Travis myself but in the end he did prove himself to Paige and me as well.

While I really enjoyed this book and it was easy to get into and read, I did have a few issues. I am not a big fan of insta-love and this book definitely had it. Travis and Paige were saying “I love you” and declaring love for each other after 2 dates and that was way too fast for me. While they spent a lot of time getting to know each other and connecting in those few days, they still moved way too quickly in my opinion. Also, I thought that the quick turnaround of the other girls in camp was a little unrealistic. One minute they are being snotty bitches to Paige and the next minute they are spilling their secrets to her like best friends. I felt like it would take a little more time to change their attitudes. Despite these small issues, I really enjoyed Inspire and I look forward to reading Britney’s story in Forgiveness. 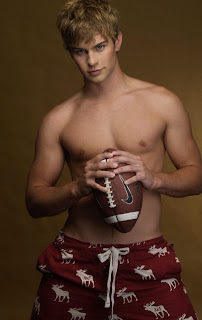 I knew Tracey was purely kidding, but I felt bad that she had had to listen to me dwell over my crush for so long. “Sorry,” I said, apologizing for the constant lovesick swooning that I subjected her to every time I saw him. From Tracey’s perspective she probably felt like she was watching a die-hard Justin Bieber fan crying at the very sight of him. I really couldn’t help myself. Jared was gorgeous and every time he would cross the gym during our dance practice to head into the locker room after football practice, I practically did cry, at least my insides cried out for him.
Jared had a routine where he would pull off his jersey just as he would enter the gymnasium doors, then he would run his hands through his shaggy blond hair as he made his way into the locker room. Between his perfectly sculpted, glistening six pack that was begging to be touched, strong arms that looked like they would have no problem pinning me up against the lockers while he thrust me all the way to home field, and his perfectly curved rear that made me want to spank him every time he walked by, I couldn’t help myself. 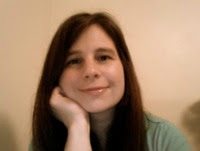 By no surprise my favorite hobbies are reading and writing. But beyond escaping into the written fantasy world, I love experiencing new things. Surfing, motorcycle riding, snow blading, glass blowing, parasailing, SUP boarding are just a few that I have checked off my bucket list, but there is still so much more to explore. Right now, being a mom is my biggest adventure and the best by far!! In the quiet calm hours of the night though, I can usually be found typing away creating a world of romance where drama still exists but love (hopefully!!) always prevails.

*An eBook copy was provided to me by the author and Xpresso Book Tours in exchange for a fair and honest review. All opinions expressed are my own and unbiased.*

Thanks Heather & Giselle!
Posted by Unknown at 12:30 AM