August 22, 2013-- Cover Reveal: That One Summer
Blog Tour Review: Smash Into You by Shelly Crane

Ok, so it's been a while since we've actually done a read along but I still love highlighting these girls every week so go check out their blogs and see what they read last week.
Trish @ Between the Lines
Jessica @ Lovin Los Libros
CeCe @ CeCe's Steaming Mug of Books
Shari @ Tangled up in Books
Danielle @ What Danielle Did Next
Wendy @ Book Scents
Tonya @ lilybloombooks 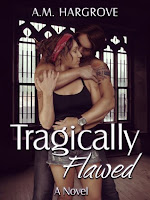 Books I Bought This Week
I only picked up 3 books this week! I am supremely proud of myself.

There is a good chance this will change next week because I am crazy like that but as of now this is what I plan.
Posted by Unknown at 12:00 AM