How do you survive the internship from hell?Don't fall in love.Ivy thought being a reporter-in-training at the Independent Gazettewould be her dream summer job. Little did she know, interviewing Eric, a landscaper with a heart of gold, would derail her plans. It turns out Ivy's boss, Lauren, has been eying his chiseled physique for quite some time.But at twenty-four, Eric already has a tragic past, one that he is still reeling from. Even though his ordeal turned him into some sort of local celebrity, it's been a while since he's shared his bed with anyone. When he comes to Ivy's rescue out of the blue, it's not long before the two of them start seeing each other behind Lauren's back. When they get caught, Ivy's journey toward a college degree is jeopardized and her relationship with Eric is severely put to the test.Career versus love? In the end, a shocking turn of events provides Ivy with a revelation she never saw coming. 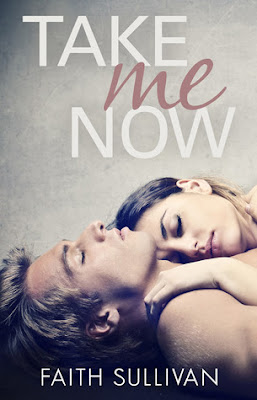 Take Me Now is a story full of love, passion, revenge and heartbreak. Each character finds themselves wrapped up in a whirlwind of drama and you'll find yourself rooting for Eric and Ivy. They have so many obstacles getting in there way and people who don't want to see them together.

Ivy is a beautiful young college student with a coveted internship at a local paper. She needs this internship to continue her education and pursue her degree in journalism. Unfortunately, her boss is a psychotic, narcissistic bitch and she wants nothing more than to ruin Ivy's life. Why the grudge? Well, Lauren has her sights set on Eric, a handsome and successful young widower, who has taken an interest in Ivy. Eric is still mourning the loss of his fiancee, Cassidy, a year ago but when he meets Ivy, she makes him feel things he hasn't felt since Cassidy's death.  Despite their mutual attraction and desires, there may be too many people and complications standing in their way.

Ivy is sweet and she is hard working. Despite the way Lauren treats her, she still does everything asked of her because she knows how him important the internship is to her career. While I liked Ivy for the most part, I found her to be a inconsistent. I felt like sometimes she was very strong and mature and other times she was weak and immature. While I understand that a 21 year old is still transitioning into adulthood, I just felt like Ivy's actions didn't always make sense. Her oldest friend, Ryan, puts her in an unthinkable situation and the way she handled it really contradicted the way I think a women would realistically react. I also felt like the way she reacted to her fight with Eric was extremely immature and totally out of character for Ivy, even considering the circumstances.

Eric is a genuinly sweet and nice guy. He has no ulterior motives when it comes to Ivy and he is immediately drawn to her. Considering everything he has gone through, he definitely deserved happiness and I liked that he was willing to stand up to Lauren for the most part in order to get it. I didn't like the way he let Lauren manipulate him into hurting Ivy and I felt like he made a big mistake when it came to this situation because I didn't think that the information Lauren was holding over his head was that big of a deal and telling Ivy about it would have been easier. Considering how quickly she forgave him, he could have saved himself a lot of trouble by just telling Lauren to shove off. I also found Eric to be a little inconsistent as well. One minute he is in love with Ivy and wants to build a future with her and the next minute he is upset and still holding onto the past. He can't be ready to move on with Ivy if something so inconsequential sets him off.

This is a book that really had no good side characters. Will isn't a villain in this book but he isn't really likable either. He is pompous and arrogant and it is clear that he tries to manipulate Ivy. He knows that Ivy has had feelings for him since they were kids and he uses this without considering her feelings. Ryan could have been a good character. He is Ivy's oldest friend and they are very close. He seems to be protective of her in the beginning and I thought he would be a sounding board for her. However, he turned out to be less than stellar and he certainly did some unscrupulous things. Last, but certainly not least, is Lauren. She is Ivy's boss and she has had her eyes on Eric for quite a while. She is a stuck up, snobby bitch and she has it out for Ivy from the beginning. When she finds out about Eric & Ivy's attraction to each other, she goes nuclear and the levels she stoops too are unbelievable.

I think Faith is an excellent writer and plot flows really well from page to page. It transitions nicely and is easy to get into and read. However, I would have liked to see a little more development in the characters. It was a little hard for me to really connect with Eric & Ivy due to all of their inconsistencies. I'm also not a fan of insta-love and I felt like Ivy and Eric fell way too fast for each other. They haven't even gone on one date and they are already thinking about spending their lives with each other. The romance between the 2 of them moved way too fast for me. Overall, I enjoyed Take Me Now and the ending definitely left me looking forward to see how the story will continue for Eric and Ivy.